"I feel OK‚ but the rest will be good” 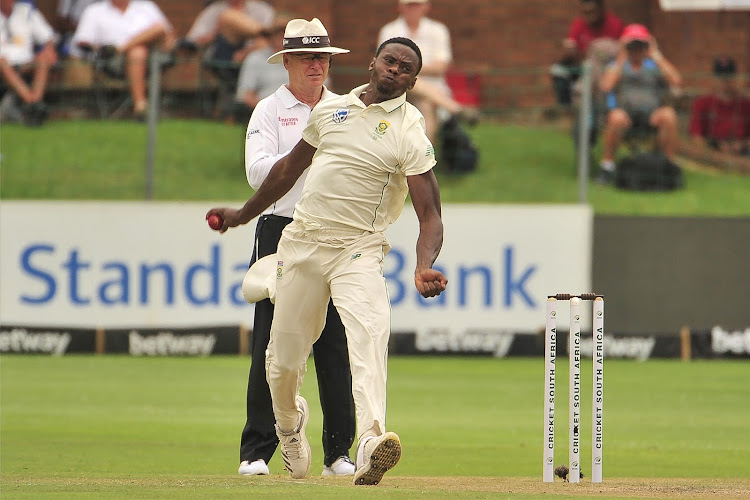 Kagiso Rabada says he will come back strong and fit for the Australia ODI tour.
Image: Deryck Foster/BackpagePix

Proteas speedster Kagiso Rabada believes that keeping him cotton-wooled for the forthcoming limited overs leg of the England tour was a smart decision.

Rabada‚ who was in Bloemfontein for the ICC Under-19 Cricket World Cup as an ambassador‚ said the decision was also a collective one.

“There's been ongoing chats in terms of how I'm going to rest and they're been implemented at the moment.

"I'm going to rest in these limited overs games‚ so it is a smart decision because a career has to be long‚” Rabada said.

“It's a collective decision because they notice that I've been playing a lot of cricket and it's been a problem.

"It came from Graeme Smith and Enoch Nkwe. I feel OK‚ but the rest will be good.”

Rabada‚ who made his name in the age-group tournament in 2014 with a searing spell of 6/25 against Australia in the semifinals of the edition that South Africa went onto win‚ is not part of the ongoing Test match against England the Wanderers because of suspension.

He incurred a demerit point for an overzealous celebration after he dismissed Joe Root in the third Test in Port Elizabeth.

Rabada had collected other demerit points in a 24-month period that culminated into this game's suspension.

He won't be part of the ODI series against the world champions England.

With South Africa in strife at the Wanderers and having lost the two other Tests to England after winning the first one‚ it's clear the period of transition is a longer and more painful one than it was expected to be.

With more than 40 Tests under different sets of senior players‚ Rabada is well placed to know about SA's teething problems.

He said the management of players and young talent is one of the biggest tests the SA national team set-up has taken in during the series.

“It's important to manage players and nurture the talent.

"It's all about building a team and managing players so when other players step away from the scene‚ other players are also ready to make the step up‚” Rabada said.

South Africa's summer won't just end with England as there's limited overs engagements against Australia at home and India away.

Rabada said they'll be ready for the Australia series‚ which could an interesting series considering the events of the dramatic 2018 “Sandpapergate” tour.

“Australia have just come from India and they're playing some very good cricket.

"It's a tour that we never take lightly and there's a program that's been put in place for me to make sure that I'm ready for that series‚” Rabada said.

Star England all rounder Ben Stokes may find himself in the crosshairs of the International Cricket Council (ICC) following an angry exchange with a ...
Sport
1 year ago

Play is set to start at 13.20 on the first day of the fourth and final cricket Test between South Africa and England at the Wanderers.
Sport
1 year ago