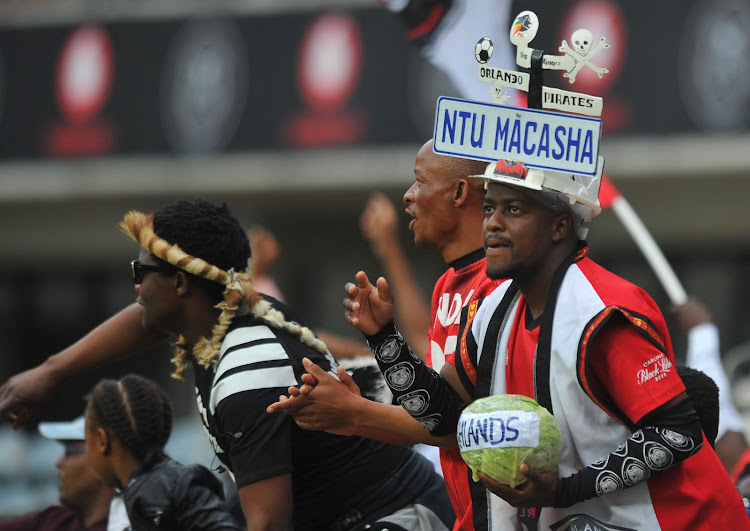 The fans are starting to return to Orlando Stadium in numbers and Orlando Pirates coach Josef Zinnbauer is pleased that the club's run of good results has been rewarded by some noticeably improved attendances in recent matches.

Pirates have chalked up four consecutive league victories at Orlando since the German mentor's arrival last month and while the purple patch has been well received by the Bucs faithful, the club's next few matches could offer insight into the direction Zinnbauer is taking the side.

“I must thank the support and it's great,” said the German coach.

“There were a lot of supporters in the stadium (when Pirates faced AmaZulu at Orlando on Saturday) and their support was great.

“Even after the game it was there, during the game they were great until we got the (winner) goal.

“They push us. Yes I think the supporters and team they have a good game together.

“We need to create good chances and score as many goals and I think when we have three or four goals it’s better for us.

“The possibilities are there and yes we have to take our chances but (against AmaZulu) we made one goal and I hope in the next weeks it will be much better.”

Pirates face Chippa United in Port Elizabeth in their next outing on Saturday and then they have another equally tricky date away from home against Black Leopards.

They return to Johannesburg to host traditional rivals Kaizer Chiefs in what should be a blockbuster Soweto derby at FNB Stadium on February 29. The matches do get any easier as Pirates then have Golden Arrows, Mamelodi Sundowns and BidVest Wits after that.

But  Zinnbauer insisted that they are not looking beyond their next game.

“We look always for the next game not for the two or three games,” said the Bucs coach.

“We look at our next opponent and look at the system.

“We look at where is the best position in my team and then we hope we make a good performance to get the next three points.”

While not completely ruling out the possibility of making a signing in this transfer window, Zinnbauer said he was content with his squad.

“We have a good squad and the market at the moment is open yes, but we’re happy with the squad at the moment,” he said.

“It’s not a time in which we can search and get a new player.

“But we have time, maybe something will happen because with football anything is possible.”