Who are the South African teenagers on the books of European clubs? 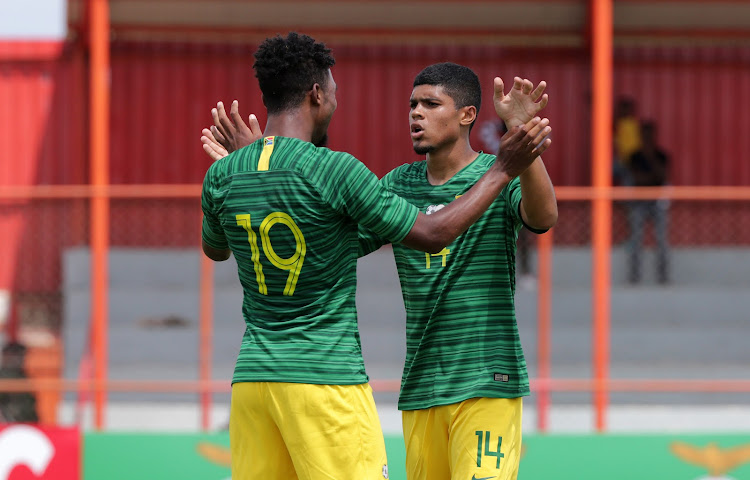 Luke le Roux’s move from SuperSport United to Varbergs in Sweden adds to a growing list of South African teenagers having now signed professional contracts with clubs in Europe‚ a turnaround in fortunes for the country after a lean spell of getting players abroad.

Le Roux was unveiled on Monday after signing a four-year contract with the club and is now the third South African teenager at the newly-promoted side‚ who last season competed in the same league as GAIS‚ the club that launched the career of Luther Singh.

It bodes well for the future of Bafana Bafana that players are being picked up by European clubs at such an early age‚ exposing them to the rigours of moving abroad and making a life away from home.

Here is the list of South African teenagers who are on the books of European clubs.

Box-to-box midfielder Ayer is already an established star at Varbergs and was a major cog in their promotion push last season.

He is highly-regarded in Sweden and it is a wonder that he has still not represented South Africa in junior international football.

Winger Chauke has only just turned 17 but he recently signed a professional contract with English Premier League side Southampton.

He has flirted between the club’s Under-18 and Under-23s this season‚ where he has excelled.

His story is similar to that of Siph Mdlalose though‚ who also signed a pro deal at the club but has faded into obscurity.

The former Bidvest Wits centre-back is a fixture in the Under-19 side of German Bundesliga side Schalke and will be seeking to push for first honours in the next year or two.

He also holds British citizenship though so SA Football Association may have a fight to bring him on board.

Foster‚ 19‚ is already an established junior international and has spent this season on loan at struggling Belgian top-flight side Cercle Brugge from French Ligue 1 outfit Monaco.

He has managed just a single goal so far and will want to up that tally‚ but he remains a big prospect for the national side.

Mabuza is a product of the KwaZulu-Natal Academy and is currently at Portuguese third-tier side Lusitano GC Évora‚ who he joined at the start of the season.

The 19-year-old right-back has fitted in well and become a regular in the team.

The central midfielder is at Irish side Bohemians and will be looking to make his big break in the next season or two‚ having featured heavily for the club’s Under-19s.

Like Chauke‚ he hails from Soshanguve‚ but left for Europe with his family at a young age.

Matthews‚ 19‚ makes up the trio not at Varbergs and will hope to ignite a career that has also taken him to Borussia Dortmund‚ Utrecht and Helsingborg before he was 20.

He will feel the time has come to go form promising youngster to first team regular.

Cape Town-born Nemeth may already be lost to South African football as he is seen as a massive talent in Hungary‚ who he qualifies for through his father.

The 17-year-old playmaker is on the books of top Belgian side Genk‚ but has been loaned to Lommel for the rest of this season.

Retsos is only 18‚ but has broken into the first team at Greek side Panionios this season.

He is the younger brother of Johannesburg-born Panagiotis Retsos‚ who recently joined English Premier League high-flyers Sheffield United from Bayer Leverkusen in Germany.

Panagiotis has already played for Greece‚ so would be ineligible for Bafana Bafana‚ but that is not true for Christos.

Shinga‚ 19‚ is another product of the KwaZulu-Natal Academy and is currently in the Under-23 side at Portuguese top-flight club Vitoria Setubal.

He is usually a left-back‚ but can also play as a winger.

Mamelodi Sundowns’ record run to the quarterfinals of the Caf Champions League will see them seeded for Wednesday’s draw in Cairo‚ which should offer ...
Sport
2 years ago

'SA must understand how the North Africans play‚' says Mosimane

Mamelodi Sundowns coach Pitso Mosimane says Bafana Bafana have to master the art of playing on the continent if they are to reclaim their place among ...
Sport
2 years ago

Mosimane after Sundowns beat Morocco's Wydad: 'I know how to play against them'

Mamelodi Sundowns have studied the opposition over the years and coach Pitso Mosimane says they now know how to beat their hugely experienced North ...
Sport
2 years ago