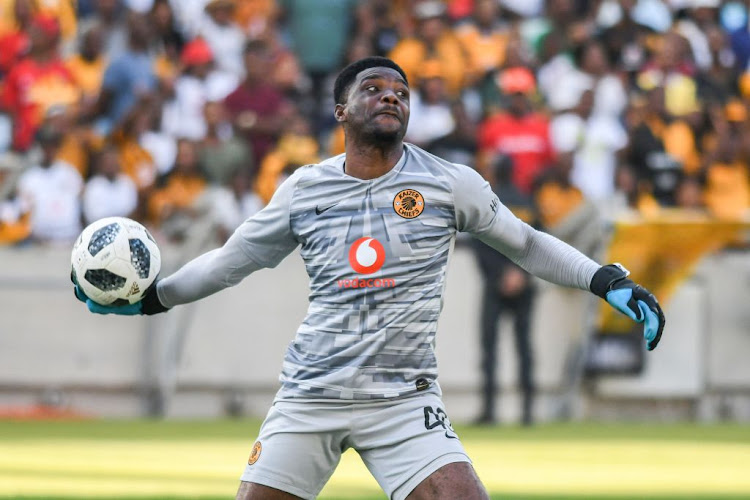 Kaizer Chiefs coach Ernst Middendorp has come out in full support of Daniel Akpeyi, suggesting the Nigeria international will retain the Amakhosi goalkeeper’s jersey in the Absa Premiership.

There has been pressure from some quarters for Middendorp to turn to Itumeleng Khune between the posts after Akpeyi’s costly mistake gifted Maritzburg United an opener in Chiefs’ 2-1 Absa Premiership defeat at FNB Stadium on Saturday.

Middendorp confirmed his earlier stated plan that Khune will continue to play in the Nedbank Cup, where Chiefs meet Highlands Park in their last-16 clash at Makhulong Stadium on Saturday.

Dark skies overhead, or sunny days just over the horizon? @kaizerchiefs look serious in their pre-training huddle at the Village. @OfficialPSL pic.twitter.com/LrDoMgl1W9

However, Middendorp also stood by his man in possession in league matches, saying Akpeyi has had a sterling season in Chiefs’ run to the top of the PSL and deserves faith, having made just the one error.

“For us, the indication about who’s playing or how we make the decision is from what is happening here on the [training] field,” Middendorp said at Chiefs’ Naturena Village on Wednesday morning.

“How the guys are performing. We discuss it every morning, day in, day out, at 8am in our meeting.

“We started the Nedbank Cup with Itu Khune at goalkeeper against Royal Eagles. We go to the next round – we did it last year with Bruce Bvuma in the Nedbank Cup, and we are doing it now – and that’s the decision that on Saturday we will play Itu Khune. And nothing else.

“And let me make one statement. Our supporters at Kaizer Chiefs are very intelligent, very smart. They do not get carried away, just because there was a little mistake and we conceded from our defensive work.

“We have seen a fantastic Daniel Akpeyi over months, rescuing us in the final stage, saving a penalty.

“He was a player of the month [for September/October]. And what we have seen now over several months – please guys, everybody who observes Kaizer Chiefs and is following us know exactly what a goalkeeper like Daniel Akpeyi has done here during the run of the season.

“And there is no way in this moment for me, for us, for each and every person in this Chiefs family, to be ignoring it.”

A minute after Lebogang Manyama had missed a sitter for Chiefs, at the other end Akpeyi came and tried to handle a cross one-handed, spilling to Maritzburg forward Thabiso Kutumela, leading to Daylon Claasen’s 65th-minute opener.

Claasen headed a second two minutes later. Chiefs pulled a goal back via Samir Nurkovic in the 77th, but could not salvage a result in a blow to the PSL leaders’ title hopes.

Chiefs follow their cup match-up against Highlands with their huge Soweto derby against second-placed Orlando Pirates at FNB Stadium on Saturday, February 29.

Middendorp after Chiefs' defeat to United: 'Unfortunately‚ we seem to have it against this team'

Mistakes in key moments cost Kaizer Chiefs in their 2-1 Absa Premiership home defeat against 2019-20 bogey side Maritzburg United at FNB Stadium on ...
Sport
2 years ago

The true costs of Kaizer Chiefs' home defeat to Maritzburg United at the weekend will be revealed when champions Mamelodi Sundowns host Bloemfontein ...
Sport
2 years ago