Hungry Lions have an appetite to beat a PSL team 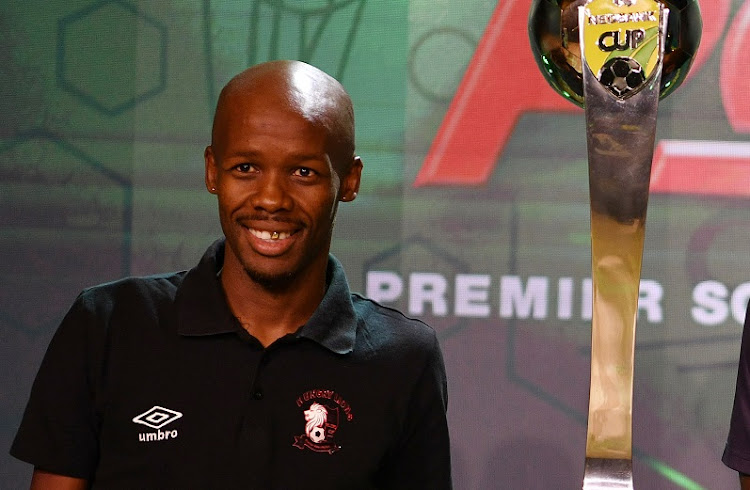 Hungry Lions coach Henry Basie says his side are determined to defeat Baroka FC in their Nedbank Cup last-16 clash at Peter Mokaba Stadium on Sunday to change the battered image of Northern Cape football.

The ABC Motsepe League side have already ousted second-tier Jomo Cosmos from the competition in the last round, but must now take on Premier League opponents in Polokwane.

Basie says the 24-0 hammering handed out by Mamelodi Sundowns to Powerlines FC in the 2012 competition was a major setback for the province in terms of its football image, and what little interest from scouts in the region before that has all but dried up to nothing.

But a major scalp of Baroka could have a few eyes return to the province to seek the talent he believes is waiting to be discovered.

“It would be a rewriting of the history books and a great thing for the Northern Cape,” Basie tells TimesLIVE.

“Many of the boys had given up on this football thing. They stopped believing that someone would come and find them, or that football can take you somewhere as a career. If they beat Baroka, they can start dreaming again.

“We already saw it a bit after the Cosmos win, there was suddenly a bit of buzz around the team. People in the Northern Cape are believing again. Imagine what it will be like if we beat Baroka?”

Lions have been preparing for the game in Pretoria for the past three days. For players who rarely leave their province, it has been an eye-opener.

“It has taken a lot out of the boys in terms of all the travelling, but they are young and most of them are excited for this type of thing,” Basie says.

“I have to manage their energy levels and make sure that they peak on Sunday, because we know we will have to go there and work hard to grind out a result.”

Basie says the likes of ex-Bloemfontein Celtic star Moses Spandeel and former Free Stats Stars and Chippa United player Rudiger Gilbert, who do have Premier Soccer League experience, have been key this week.

“This has been the time for them to step up, to come to the guys to tell them how important this is and to calm the nerves. They were at this level before, so they need to share their experiences of how it is going to be to play in a World Cup stadium.”

Basie is sweating on the fitness of one of his key defenders, Ashwin de Koker, who must undergo a late fitness test to see if he can play on Sunday.

Mamelodi Sundowns coach Pitso Mosimane has explained why a travelled personally to watch an SAB league match played by his side’s Nedbank Cup ...
Sport
2 years ago

Kaizer Chiefs coach Ernst Middendorp has scoffed at the notion that his team are over-reliant on set pieces.
Sport
2 years ago