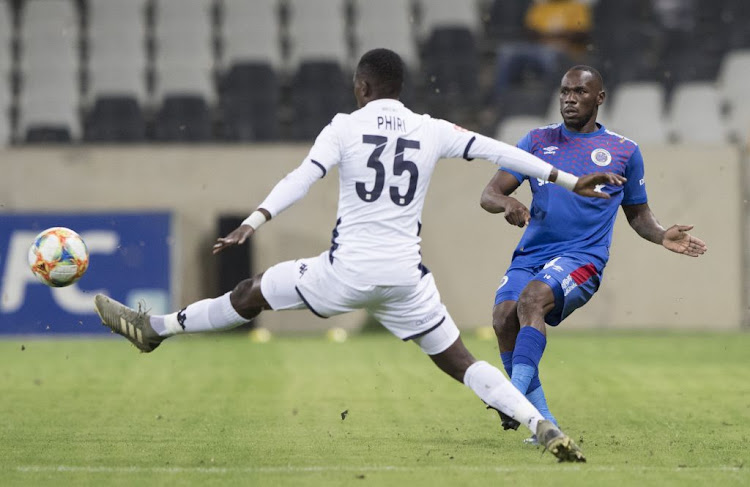 SuperSport United remain mathematically in the league title race and if they win their remaining seven games will finish on 59 points, the same number of points Mamelodi Sundowns amassed as they won last season’s championship.

But coach Kaitano Tembo is not talking about the title, even after his side beat fellow contenders Bidvest Wits at the weekend in a morale-boosting success.

"For me if you are building you need to see improvement. Last season we finished sixth and got to the MTN8 final and lost.

“This season, we’ve already won the MTN8, so if we finish higher than last season, that’s progress.”

A frustrated Gavin Hunt took the unusual step of publicly criticising Sifiso Hlanti for mistakes that proved costly in the weekend defeat by ...
Sport
1 year ago

Saturday’s victory came as some relief to Tembo after the last three league games had all ended in 0-1 defeats.

“We are coming out of a very difficult phase after losing games. The only thing I could do was keep encouraging the guys, it wasn’t really about performance.

“We were creating opportunities but not scoring goals. I knew that it would turn around and we have now managed to dig ourselves out of that.

"We can start to focus on the rest of our programme, game-by-game and see where it takes us.

“But this time of the season is very tough. There are no easy games and when you look at our recent defeats, we lost to Stellenbosch and Golden Arrows.

"Those were teams below us, so you got to give respect to all the teams in the league because at this juncture of the season, it’s dog eat dog.

"We have to give our next opponent the respect they deserve and focus properly. That’s why I’m saying we have to take it one game at a time.”

The next assignment for SuperSport is away in Tembisa on Sunday against Highlands Park.

Chiefs coach Middendorp: “We have seen everybody giving advice and it was sometimes interesting”

Ronwen Williams on SuperSport’s title chances: ‘We have thrown it away’