'I want to coach’: Veteran goalkeeper Moeneeb Josephs contemplates life off the pitch 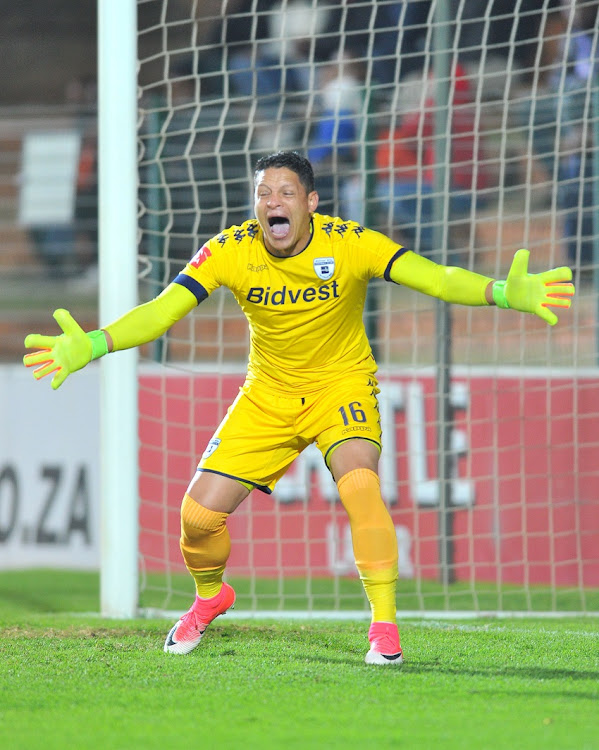 Moeneeb Josephs is quick to admit he never considered a future in coaching but is now reveling in his new role as assistant at AmaZulu.

The ex-Bafana Bafana goalkeeper was appointed to back up Ayanda Dlamini after the removal of coach Jozef Vukusic at the start of the month and after one match on the bench with the technical team‚ he is now thinking about whether to carry on playing or turn to a future in coaching.

Joseph’s infectious personality means he is a popular figure at the club and players have spoken of renewed enthusiasm on the training pitch because of the input from the veteran.

“Can I tell you why I’m having so much fun?” he asked TimesLIVE on Thursday.

“They put me on the sidelines” explained the 39-year-old‚ who last played at the end of August and had been relegated down to third choice at the club‚ behind Siyabonga Mbatha and Neil Boshoff.

“I wasn’t involved with the team. Whenever they played‚ or whenever they trained 11 versus 11‚ I was sitting on the outside.

“I was far away from the action and it was frustrating me.

“And then they told me: ‘Moeneeb‚ you are the assistant coach now’.

“I was so excited. I haven’t stopped running at training‚ I think I’ve never run as much in my whole career!” he laughed.

“But as soon as I took a session and I could see the response from the players‚ I immediately loved it.

Dlamini and Josephs have had just one match in charge‚ the shock 1-0 win at Soccer City over Premier Soccer League leaders Kaizer Chiefs‚ which lifted AmaZulu off bottom place in the standings.

Before the game‚ Josephs was standing watching the players walk around the pitch as they always do after arriving at the venue.

“I started feeling tears welling up in my eyes and a lump in my throat.

“It hit me that I might never get to play in one of those iconic stadiums again and that it might be the end of my career‚” said Josephs‚ who is the oldest player in the topflight of the Premier Soccer League.

“But then I thought‚ ‘you know what‚ my career might be close to being over but I can stay as involved as long and as much as I want to through coaching.

“I haven’t done anything about coaching badges or anything like that because it wasn’t my immediate intention.

“I still felt I had two or three more years left‚ even if I was to be a back-up keeper.”

Now Josephs is not sure what he is going to do‚ feeling himself tugged in two directions.

“Ayanda and I were only going to be interim coaches for the Chiefs game so the morning after the match I asked the bosses: ‘Do I come with my gloves to training?’

“They said‚ ‘no‚ no‚ you guys continue’‚ so I’ve put playing on the back burner for the moment.”

Then the coronavirus pandemic brought everything to a crashing halt‚ with the league suspended just days after the win over Chiefs.

“I feel everything in life happens for a reason and human life is most important. Yes‚ it has disrupted our plans but our dreams should still remain the same‚” he added.

“I think we will still get to finish the season so we wait to see what happens.”

AmaZulu have six matches to complete their programme‚ sitting second from bottom on 23 points with a cluster of clubs just ahead of them but within easy touching distance.

'Without PSL matches I don’t have a life': Coronavirus cripples livelihoods of security personnel

About 2,000 security personnel who work Premier Soccer League (PSL) matches at weekends have been left without an income by the football shutdown
Sport
2 years ago

Premiership leaders Kaizer Chiefs have suspended talks with a number of top international teams that were supposed to come to SA as part of the ...
Sport
2 years ago