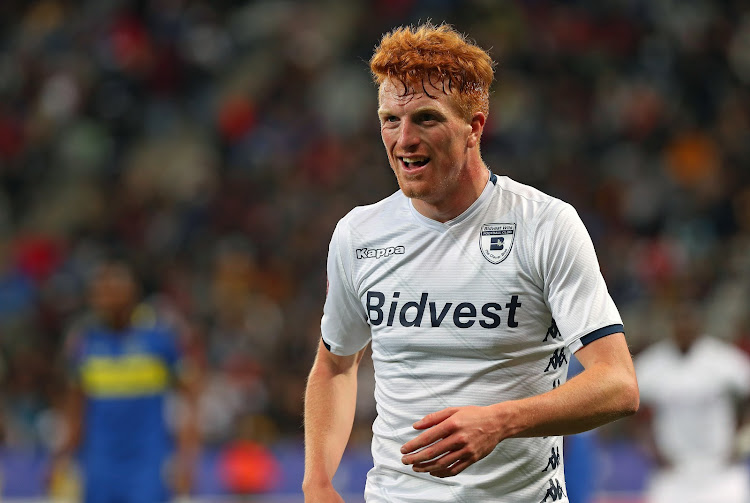 Following hot on the heels of Dutch goalkeeper Boy de Jong‚ Bidvest Wits striker Simon Murray has also left the Premier Soccer League (PSL) in a rush after confirming the termination of his contract with the Clever Boys.

Murray was on the last British Airways flight out of Johannesburg before the nationwide lockdown kicked in on Thursday night‚ and could be headed back to former club Dundee in his native Scotland once he has completed his rehabilitation from a knee injury.

Stellenbosch FC goalkeeper De Jong also announced he was leaving the country in a rush on Thursday‚ citing fears over the coronavirus outbreak as the reason behind his decision to return to Holland prematurely.

“It was a pleasure to be part of the club‚ I have made the choice to go back home because of the virus. There had been a lockdown in Holland so it was only this week that there were flights going back and I had to make a choice‚” De Jong said.

Murray’s situation is a little more complex in that he has not played since the third game of the season after suffering a severe knee injury‚ and is also not yet ready to return.

He mutually agreed to terminate his contract with Wits after they brought in Cameroon striker Bienvenu Eva Nga.

“Because there’s a limit on the number of foreign players over here‚ the club signed another forward when I was injured and he took my place so we’ve come to an agreement to terminate my contract‚” Murray told the Evening Telegraph.

“The club have been really good‚ to be honest – they’ve made sure I got through the injury and looked after me during rehab.

“The plan was to stay here in South Africa‚ get the rehab done and recover from the injury and then head back to Scotland in the summer but because of all this coronavirus‚ it is up in the air.”

Dundee manager James McPake has already told reporters that he hopes to bring Murray back to the club after he spent the 2017-18 season there‚ before joining Wits.

“If the season gets extended [because of the coronavirus]‚ that might end up being a good thing for me‚” Murray said.

“There might even be time for me to play for somebody this season depending on what happens. That would be great for my fitness before heading into preseason.

“I’ve missed Scottish football in some ways‚ not others I suppose. The football is good over here [South Africa] but there’s not the passion in the stands like in Scotland.

“It’s a different culture. You’ll have a big game like Kaizer Chiefs against Orlando Pirates and it will be sold out‚ 92‚000 people there‚ but there’s no segregation.

“There was a video of a fan in the stadium wearing both teams’ shirts – imagine that happening in a Dundee derby!”