Makaringe on why he appreciates Mokwena: 'Coach Rulani would shout at me for not dribbling' 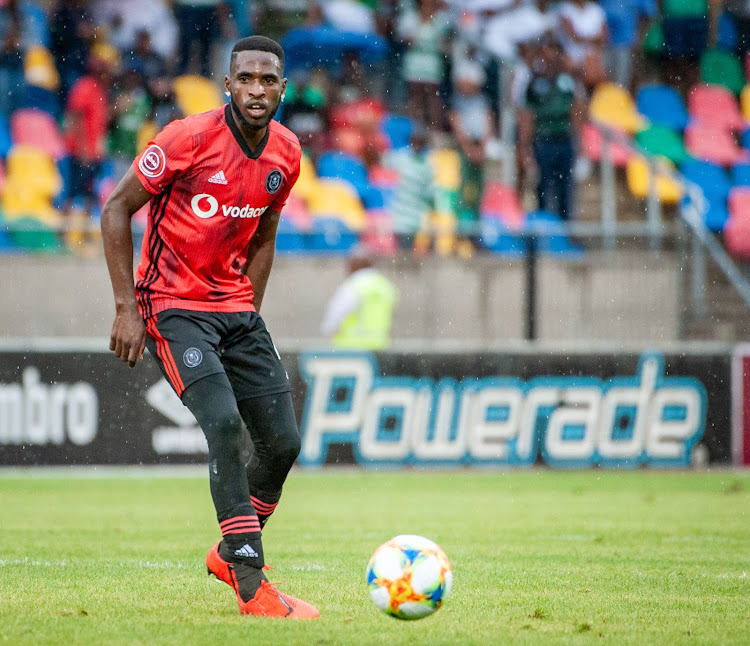 Having his previous Maritzburg United coach Fadlu Davids as part of Orlando Pirates’ technical staff has played a big role in Fortune Makaringe’s smooth transition to the Buccaneers‚ the skilful midfielder says.

Makaringe told TimesLIVE this included Davids and then caretaker-coach Rulani Mokwena sitting the player down in a meeting to warn him that being too much of a nice guy would not work for him in the competitive environment at star-studded Bucs.

In just his first season Makaringe has become influential in Pirates’ central midfield‚ consistently performing as the Buccaneers struggled under Mokwena then hit dazzling form under Josef Zinnbauer before the Premier Soccer League’s suspension of the season last month due to the coronavirus outbreak.

Makaringe came to the fore as a star player in Maritzburg’s best season under Davids – now Pirates’ assistant-coach – finishing fourth in the league and reaching the Nedbank Cup final in 2017-18.

“It really has made a huge difference‚” the midfielder said of Davids’s presence at Bucs.

“Thinking of it‚ my first PSL game when I played for Maritzburg United against Kaizer Chiefs‚ coach Fadlu was the assistant-coach.

“He knows me from when I was still that shy footballer.

"He knows me from when I was frustrated and not playing‚ and then when I was playing and he transformed me to the player I am now‚ together with his brother [Maritzburg assistant Maahier Davids].”

Makaringe said Davids and Mokwena – now coaching Chippa United – called him into a meeting soon after his arrival at Bucs.

“They told me how much of a good person that I am‚” the player said.

“Sometimes in the world of football good people don’t survive. Because we are selfless.

“Sometimes shying away from the responsibility of making sure that you play and that you carry the team doesn’t help the team.

"You want others to shine over you. And you won’t survive in this environment.

“He [Davids] even quoted his words to say‚ ‘You are starting to be the Fortune who you were when you first came to Maritzburg. You had top games in your first six games‚ and then you went into a shell’.

“That coming from them made a lot of sense. And coach Fadlu has been like all the coaches‚ like coach Milutin [Sredojevic]‚ encouraging me to express myself.

“Coach Rulani would shout at me for not dribbling.

"He’d say‚ ‘You have all the skill but you don’t want to dribble – it’s not helping us’. Coach [Josef] Zinnbauer comes and says‚ ‘Express yourself’.

“But to have coach Fadlu there has helped me a lot to grow as a footballer.”

Pirates were in fourth place in the Absa Premiership when the league was suspended on March 16.