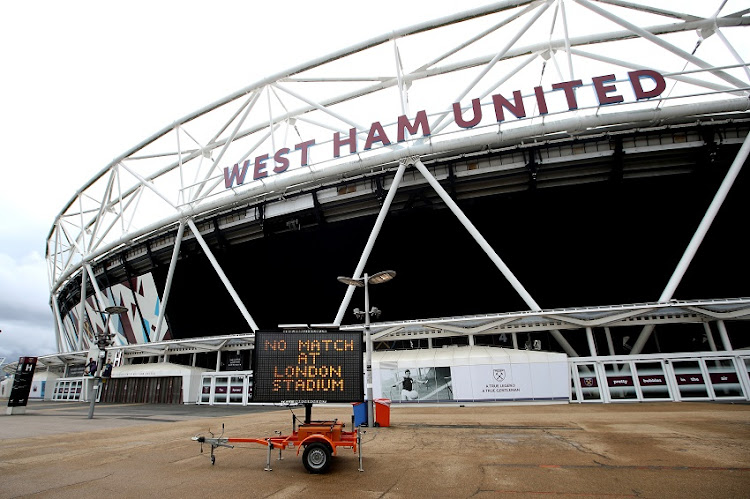 General view of the London Statium, home of West Ham United. All Premier League matches are postponed until at least April 3rd due to the Coronavirus Covid-19 pandemic at The London Stadium on March 14, 2020 in London, England.
Image: Alex Pantling/Getty Images

West Ham United became the second Premier League club to announce wage deferrals for their players to cope with the financial challenges posed by the coronavirus pandemic.

A day after Southampton said their players would defer part of their salaries, West Ham announced a raft of measures that the club hopes will help retain jobs and pay full salaries to non-playing staff.

"I am proud that our entire squad have made clear their strong desire to play our part in helping to support others through this situation," captain Mark Noble said in a club statement.

Joint-Chairmen David Sullivan and David Gold and fellow shareholders will also inject 30 million pounds ($37 million) cash into the east London club to deal with the challenges.

"There is still a long and difficult road ahead but we remain committed to doing everything we can to support those most in need, and together we will come through it stronger," Brady said in the statement.

With the Premier League at a standstill, footballers are facing pressure to accept wage cuts. The players union, however, questioned the league's call for a 30% player wage reduction, saying it would reduce tax revenue for Britain's National Health Service.