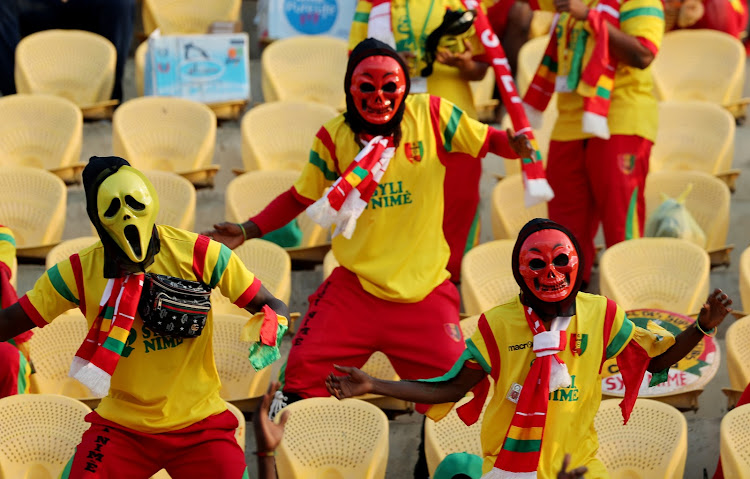 Football supporters at matches in Burundi have had their temperatures taken and hands sprayed with disinfectant on entrance to match venues in recent weeks.
Image: REUTERS/Suhaib Salem

Burundi, the last African country to allow football to continue through the coronavirus pandemic, suspended its league on Monday but made no reference to the stoppage being linked to the threat of the deadly virus.

Instead, Burundi Football Federation (BFF) president Reverien Ndikuriyo told a press conference in Bujumbura the suspension was to allow the federation to re-assess venues for matches as some facilities might have to be used for upcoming election rallies.

A general election will be held in Burundi on May 20 to elect both the president and the National Assembly.

The BFF's decision was taken at a meeting on Monday, and the federation said it was "re-arranging its fixture calendar" and was satisfied that the league and cup competitions were well on target for a May 30 completion date.

Ndikuriyo made no reference to the health risks of continuing to proceed with league and cup matches, save to call on players, officials and spectators to observe preventative measure recommended by the government.

Spectators at matches in Burundi have had their temperatures taken and hands sprayed with disinfectant on entrance to match venues in recent weeks.

A committee will decide on when the league and cup competitions will resume, the federation said in a statement.

Cup quarter-final matches were played at the weekend, while the league championship has only three rounds still to complete.

The small East African nation announced its first coronavirus cases on March 31, and its health ministry has since confirmed five cases of the virus.

Chippa United defender Frédéric Nsabiyumva is disappointed with the Burundi football federation’s decision to continue with the league season in his ...
Sport
2 years ago

Burundi is to continue playing league football despite the threat of the coronavirus pandemic, its football federation decided on Sunday after a ...
Sport
2 years ago

Football in Nicaragua is enjoying a surge in popularity as one of the few national leagues where games are still ongoing but players in action there ...
Sport
2 years ago