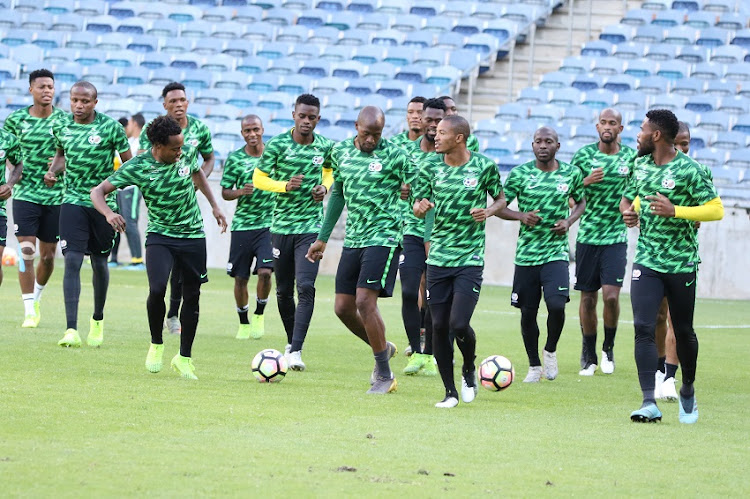 Bafana Bafana will have a pile of matches to play by the time the football world gets the go-ahead from Fifa to resume their international programme after everything was put to halt by the outbreak of the Covid-19 pandemic.

Fifa confirmed this week that all international matches that were scheduled to be played between June 1 to 7 have been cancelled. The rest of the international games this year are now under serious threat of being abandoned too.

Bafana were scheduled to play Ghana in a third Africa Cup of Nations qualifier on June 6‚ but Safa’s acting CEO Gay Mokoena told TimesLIVE on Friday that the fixture has been postponed.

This follows the cancellation of the back-to-back qualifiers against Sao Tome last month also being put on hold by the Confederation of African Football (Caf).

Fifa vice president Victor Montagliani‚ the president of Concacaf (North‚ Central American and Caribbean) who heads the Fifa working committee formulating plans to deal with the implications of the virus‚ has hinted that the September‚ October and November matches could be scrapped as well.

Kaizer Chiefs and Orlando Pirates’ historical role contributing together in times of disaster‚ and what each Premier Soccer League (PSL) club can ...
Sport
1 year ago

“Yes I saw the comments by Fifa’s vice-president regarding this year’s programme but for now we view those as just speculation. We’re still hoping that Bafana will play in September‚” Mokoena said.

Other than playing their remaining four Nations qualifiers‚ Bafana were also scheduled to play more than one of the 2022 World Cup qualifiers this year.

Bafana are drawn in Group G for Qatar 2022 with Ghana‚ Zimbabwe and Ethiopia.

Bafana lost 2-0 away against Ghana in their opening Nations Cup qualifier late last year but are still looked on course to make it to the 24-team tournament next year after bouncing back with a 1-0 home victory against Sudan.

With the possibility of the 2021 Nations Cup qualifiers not being played at all this year‚ Caf will have no option but to postpone the actual tournament‚ which was set for January and February in Cameroon.