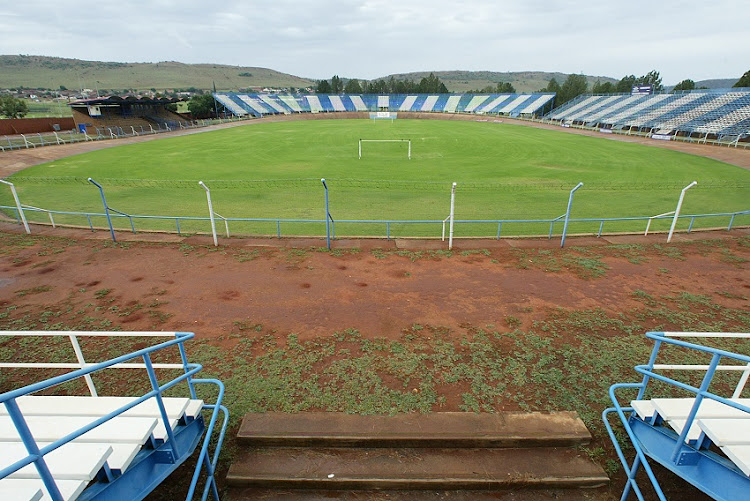 The abandoned HM Pitje Stadium remains in ruins after years of neglect but the Gauteng provincial government insists that plans are underway to restore the once majestic Mamelodi venue to its former glory.

Gauteng's sport and recreation department confirmed to TimesLIVE that they are working closely with their infrastructure development counterparts and they are committed to refurbishing the stadium.

The spiritual home of defending Premiership champions Mamelodi Sundowns has been a white elephant since it was closed for upgrades as a 2010 Fifa World Cup Legacy Project about 15 years ago.

“The department of sports and recreation is working together with the department of infrastructure development and we are committed to the first phase‚ which is demolition‚” said department spokesperson Nomazwe Ntlokwana.

“Beyond that the department is working towards identifying potential private sector funders for rebuilding the stadium.

"HM Pitje along with other infrastructure projects remains a priority for the department as it speaks to sports development within communities.”

There have been countless delays and major civil engineering problems to the main grandstand where seating angles are dangerous and pitch visibility is almost impossible from certain areas.

The provincial sports department said the stadium is a priority and they are fully committed to the first phase of demolition of the main grandstand‚ which is non-compliant with safety and construction regulations.

Another venue in Pretoria that has been idle for many years is the Caledonian Stadium in Arcadia and the department said it is one of the facilities that are earmarked for improvements in Gauteng.

“Yes‚ the department is working hard to ensure sporting facilities are upgraded and made available to communities.

"However‚ the current situation facing our country's progress with regards to implementation will be affected.

Sundowns coach Pitso Mosimane has continued to appeal for HM Pitje Stadium to be refurbished‚ arguing that the atmosphere in the Mamelodi venue would be intimidating for visiting teams in the Caf Champions League.

“We would love to play in Mamelodi‚ it will be a slaughterhouse.

"Imagine if we had a venue of about 15‚000 closer to the fans in Mamelodi‚ similar to what TP Mazembe has in Lubumbashi.

"I used to play at HM Pitje as a Sundowns player many years ago and it was always full.

"You must remember that the population of Mamelodi over time has probably tripled‚” Mosimane said.

With the unavailability of HM Pitje Stadium over the years‚ Sundowns moved to Loftus Versfeld and Lucas Moripe Stadium in Atteridgeville but they mostly only fill those venues when entrance is free or when they host Kaizer Chiefs and Orlando Pirates.