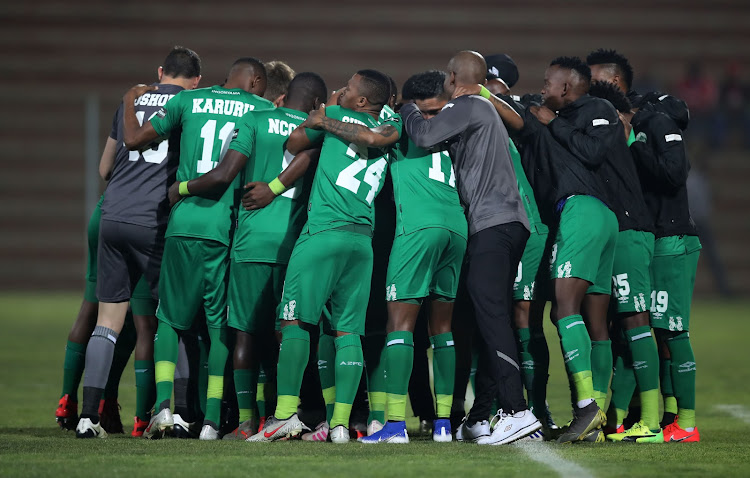 The South African Football Players Union (Safpu) are aware that AmaZulu’s players have been informed by the club they will not receive their full salaries this month‚ and will be representing them in the matter‚ the union has said.

Safpu president Thulaganyo Gaoshubelwe told TimesLIVE on Tuesday that the union have received the internal letter‚ reported on in the media‚ that was sent around the KwaZulu-Natal club and have been communicating with AmaZulu’s players on the matter.

Gaoshubelwe said AmaZulu are the only PSL club the union are aware of at present to have informed players of salary cuts as the expected financial pinch of the national lockdown in response to the coronavirus pandemic starts to bite at professional football.

“We are aware of the [AmaZulu] letter because we spoke with the players. We were in contact with them yesterday [Monday]‚” Gaoshubelwe said.

“We are just awaiting further instruction‚ because you need to get your power of attorneys and all that. We will be engaging with the club on those issues to see how best to deal with this matter.

“As far back as last month already TTM gave their players a letter. At Cape Umoya there’s a letter we have seen. We still need to look at that letter because it was an unsigned letter given to those players.

“But‚ look‚ we are still calling for cool heads. Players are very reasonable people but they want to engage.”

Gaoshubelwe said Safpu have an understanding of the extraordinary circumstances regarding a global pandemic and economic crash‚ and PSL and NFD football being suspended as a result‚ that are leading to clubs taking such drastic measures‚ and expect more to come.

He said the union will explore the financial conditions at the clubs and strive to ensure players are treated fairly.

“You need to know exactly what you are negotiating on. If you are going to take a salary cut‚ you must then say‚ ‘I’m taking it on the basis that … ’. It’s either the club is getting their grant [from the PSL]‚ or not getting the grant‚ or the bulk of the money comes from ‘this’ income‚ or gate-takings‚ ‘Therefore I’m unable to get this money’.

“That information must be made available of course. It’s a difficult time for everybody. It doesn’t only impact on the employee it impacts on the employer as well.”

AmaZulu general manager Lunga Sokhela declined to comment on the club’s players being informed they will not receive their full salaries at the end of this month.