Sundowns coach Pitso Mosimane: Chiefs are well rested because they had nothing to do 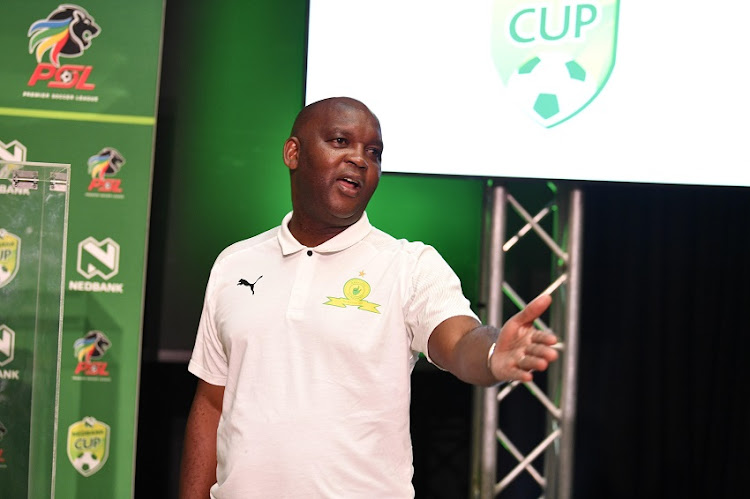 Football might be suspended due to the coronavirus pandemic but that did not stop Mamelodi Sundowns coach Pitso Mosimane from throwing his trademark verbal jabs at premiership title rivals Kaizer Chiefs.

No competitive football has been played since last month and while all the clubs have been inactive for over a month during the national lockdown, Mosimane insisted that the Chiefs players will be fresher than his own charges when the campaign eventually resumes.

“We are rested now but they (Chiefs) are well rested because they have never had anything to do,” Mosimane told TimesLIVE.

“We had something to do in all the competitions we've been playing and now we are rested, but they (Chiefs) are well rested because they had nothing to do.

"They play every seven days while we have been all over the place and travelling on the continent in the Champions League.”

Mosimane has waged a relentless verbal war against premiership leaders Chiefs throughout the season as the wily mentor tried to distract the league pacesetters.

The league title race was delicately poised when the campaign was suspended with Chiefs leading second-placed Sundowns by four points. Sundowns had played a game less than their rivals.

Mosimane insisted that Chiefs remain the favourites to win the league title if the season is completed after the lockdown is over.

But the Sundowns coach warned that his rivals would find the going tough when they have to juggle continental duty with domestic commitments just as Sundowns did this season.

Sundowns, who have been playing in the Champions League for six seasons in a row, were eliminated at the quarterfinal stage by Al Ahly this year.

“Next year they won’t be well rested because in my opinion they can’t finish below position three on the log," Mosimane said.

“If you win the PSL it means you have a good team but next year they won’t be rested and that will be the test of how they cope.

If the league resumes, Sundowns still have to play Chiefs and that clash has the potential to be one of the most fiercely contested matches in the PSL.