"The NEC wishes to express its continuous support and confidence in the leadership of Dr Danny Jordaan as the President of the Association.” 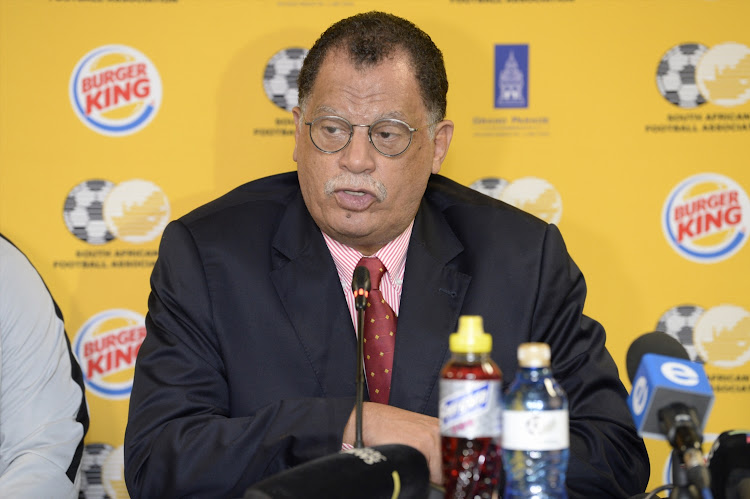 The SA Football Association (Safa) has fired back at former acting chief executive Gay Mokoena after the emergence of an explosive letter that suggested he had fallen out with the organisation's president Danny Jordaan at the time of his exit from the seat two weeks ago.

Safa expressed disappointment with Mokoena after he alleged in the leaked letter seen by TimesLIVE that Jordaan was running the financially ailing organisation like his own fiefdom‚ was flouting corporate governance principles and was violating Safa statutes‚ among a host of other allegations.

The football governing body took exception to the allegations and added they were disappointed that the confidential letter was leaked to the media before it could reach Safa's National Executive Committee.

“It is with disappointment that we have noticed a confidential letter by former acting CEO‚ Mr Gay Mokoena to be tabled and discussed by the NEC‚ has been circulated to the media even before the Association had the opportunity to develop a response‚" Safa said.

"We want to reiterate that a detailed response will arise out of a discussion at a National Executive Committee meeting first.”

Mokoena acted as Safa's chief executive officer from November 1 2020 until his contract came to an end on April 15 2020. He could not be reached for comment on Monday.

He said in the letter his actions were not motivated by sour grapes after he had to leave his office two weeks ago.

Safa said they were not happy with the course of action that was taken to air these and many other grievances on the public domain.

- The Association’s normal process and protocol to submit reports and documents to the NEC is through Safa Sub-Committees‚ administration and or through the president. That was not the case in this instant as the report was submitted directly to NEC members by Mr Mokoena.

- The former acting CEO has not‚ in the four months he held the position‚ in his tenure as the NEC member‚ Chair of Finance Committee and the time he has been the Vice-President‚ raised the issues on his ‘Report’ nor has he submitted a single statement‚ grievance‚ terms of engagement or his contract to NEC members.

- Mr Mokoena was appointed to stabilize the operations of the Association‚ enable the NEC to complete the process of appointing a new CEO‚ and to ensure the resolutions of the NEC are properly interpreted and implemented by management.

Some of the issues raised by Mokoena in his letter are:

- President (Jordaan) does not have the powers to appoint or dismiss a CEO‚ COO and/or CFO‚ therefore he has violated Clause 37.3 of the Safa constitution.

- The President failed to recommend to the NEC the appointment of an acting CEO‚ leaving the organisation without a head of the general secretariat.

- The president appointed the CFO to also act as the acting CEO or alternatively as a supervisor or contact person or coordinator‚ positions that do not exist at Safa he does not have the power and the authority to do so.

- The president instructed the acting CEO to ignore legal procedure to rationalise staff‚ in other words he gave the acting CEO an illegal instruction.

- The president dismissed staff without the approval of the NEC.

- The president appointed a member of the NEC Mr. Mxolisi Sibam‚ a chairperson of the Audit and Risk Committee to do consulting work at the Association without the necessary approval from the NEC.

Safa statement added the management of the organisation have considered the impact of Covid-19 on the financial environment in which sport operates and the majority of the NEC members supported a host of recommendations.

- That all persons whose contracts terminated at the end of March‚ should be removed from the payroll.

- That all month-to-month workers should also be removed from the payroll.

- That no temporary staff will be employed or be on the payroll during this period.

Safa said all staff members received their March and April salaries‚ with the April payroll taking the above-mentioned considerations into account.

"The Safa staff have been ordered to stay at home from 26 March and will remain at home until when it is safe to return to work.

“It is obvious that there is no football activity and therefore no operations during the period of lockdown and Safa cannot fill positions and pay most staff when not necessary to do so.

"The CFO (chief financial officer Gronie Hluyo) is providing essential service during this lockdown as he has the responsibility to pay Safa suppliers and collect revenue due to Safa and he is continuing to carry out his responsibilities.

“It is also important to note that Gronie Hluyo has been the CFO for more than 20 years.

"Safa has not appointed any other staff member nor did the management recommend any retrenchment of staff.

"The NEC wishes to express its continuous support and confidence in the leadership of Dr Danny Jordaan as the President of the Association.”

No top-flight Dutch soccer league title will be awarded this season after the COVID-19 pandemic brought the campaign to a premature close, the Dutch ...
Sport
1 year ago

Those of us who derive delirium from watching sport played with balls of all shapes and sizes were disappointed on Thursday night.
Sport
1 year ago
Next Article