“I became a better player and a different person. I became more confident‚ more excited. And I became an African football player in style very quickly." 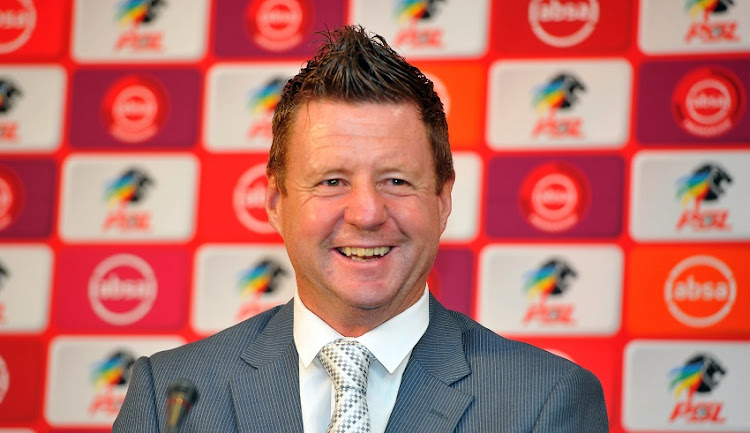 Baroka FC coach Dylan Kerr arrived in SA from England in 1986 and joined Pretoria-based club Arcadia Shepherds. He played for Shepherds out of the Caledonian Stadium in the Pretoria CBD until 1989.
Image: Sydney Mahlangu/ BackpagePix

As a coach Dylan Kerr has been handed the tough job of improving 13th-placed Absa Premiership team Baroka FC’s fortunes.

What younger fans will not know is that in another era‚ in a story that might have made a movie‚ 18-year-old Kerr‚ who had seemingly blown his chances in English pro football with too much partying at Howard Wilkinson’s Sheffield Wednesday‚ came to South Africa and was nominated for the 1986 National Soccer League's (NSL) Player of the Season.

Having known nothing about apartheid-era South Africa – or the magical football and magnificent players of the 1980s whose names are legend – Kerr spent three years at Arcadia Shepherds from 1986 to 1988 playing soccer that came from a dream and was hidden to the world.

“Nineteen-eighty-six was a dream‚” Kerr recalled to TimesLIVE.

“I came as a left-back. Trevor Klein was a very good left-back at Arcadia – and coach Stan Lapot played me left wing.

“What a team – Deshi Bhaktawer at goalkeeper‚ in defence Mark Seligman at right-back‚ Jon Salter‚ Dave Bukowski‚ Klein on the left.

“In midfield Dylan Kerr on the left‚ Sammy Troughton in the middle with Robbie de Graaf and Paddy Hall on the right. We had the two fastest‚ lethal strikers with Trevor Poole and Noel Cousins up-front.

“I became a better player and a different person. I became more confident‚ more excited. And I became an African football player in style very quickly.

“It was just surreal the players I played against.

"Kaizer Chiefs‚ Orlando Pirates. Sundowns played at HM Pitje Stadium and I had such a good rivalry with [their goalkeeper] Mark Anderson.

"Every time I played against him I would score. [Downs coach] Screamer Tshabalala hated me because I would terrorise his defenders. 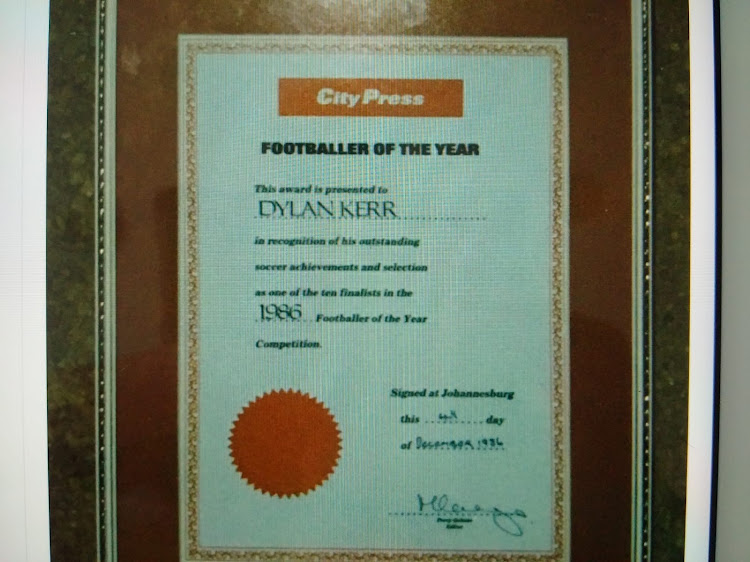 A Footballer of the Year certificate Dylan Kerr received from the City Press newspaper in the 1980s.
Image: Supplied by Dylan Kerr

“I was nominated in the 10 players for City Press’s NSL player of the year.

"Myself and Marks Maponyane were runners-up. I was beaten by Mark Anderson‚ can you believe it?

“I was bought by the ‘Big Bear’‚ Lawrence Ngubane‚ for R25‚000 to go to Durban Bush Bucks‚ which would have been a dream to me to play with Professor Ngubane.

"He (Ngubane) could do things with the ball people could only dream of. But the cheque never came and I stayed at Arcadia.

“The three years I had in SA were amazing. [League chief] Abdul Bhamjee created an atmosphere in the NSL. The players were amazing‚ the stadiums were always full.”

Kerr’s story getting to Arcadia is as remarkable.

After impressing as an apprentice Wilkinson handed Kerr a professional contract at Wednesday. 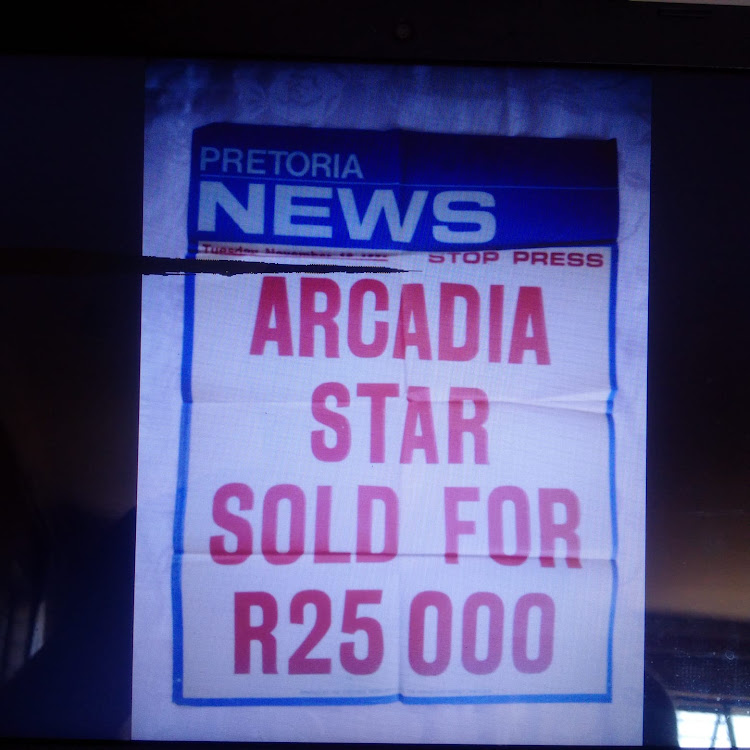 A lamb post of the Pretoria News in 1986.
Image: Supplied by Dylan Kerr

“I was 17-and-a-half‚ and I thought I had made it as a professional footballer for life‚” Kerr said.

“I had not kicked a ball as a pro footballer‚ and I was going out to parties‚ clubbing in London‚ Sheffield‚ Leeds and Manchester‚ hanging out with senior players‚ and bands from Sheffield like The Human League and Heaven 17.”

A year later Kerr was cut and at 18 wrote to 91 clubs from in England’s four Football League levels‚ had trials at seven‚ and could not get signed.

His Wednesday under-18 coach Mick Hennigan had played for Durban City and was friends with Lapot. Kerr had days to make a decision.

“Three days before I was due to fly out‚ on the News at 10‚ which everybody watches in England‚ there was a story about a Pirates official [China Hlongwane] getting stabbed 27 times in front of a packed stadium.

“My mum was adamant I was not going to South Africa. But as determined as she was I was even more determined.”

Kerr was picked up at then Jan Smuts Airport by Troughton‚ and lived with him in Garsfontein‚ Pretoria.

Within months Arcadia‚ who played out of Caledonian Stadium‚ won the BP Top 8‚ beating Wits University in the final.

They finished sixth in the NSL in 1986‚ behind winners Rangers‚ Bush Bucks‚ Amazulu‚ Chiefs and Moroka Swallows.

The improved‚ matured Kerr earned a second pro contract from Wilkinson at Leeds United‚ where he was in the squad‚ but never kicked a ball in the 1991-92 team that won the last First Division title before the Premier League era – a team that included Gordon Strachan‚ Gary Speed‚ Gary McAllister and Eric Cantona.

He played pro football in England and Scotland until 2003.

No top-flight Dutch soccer league title will be awarded this season after the COVID-19 pandemic brought the campaign to a premature close, the Dutch ...
Sport
2 years ago

Those of us who derive delirium from watching sport played with balls of all shapes and sizes were disappointed on Thursday night.
Sport
2 years ago

How sportmen and women are gearing up for action after lockdown

When the final whistle is blown on the lockdown and sport is permitted again, athletes across the sporting spectrum will face post-shutdown ...
Sport
2 years ago