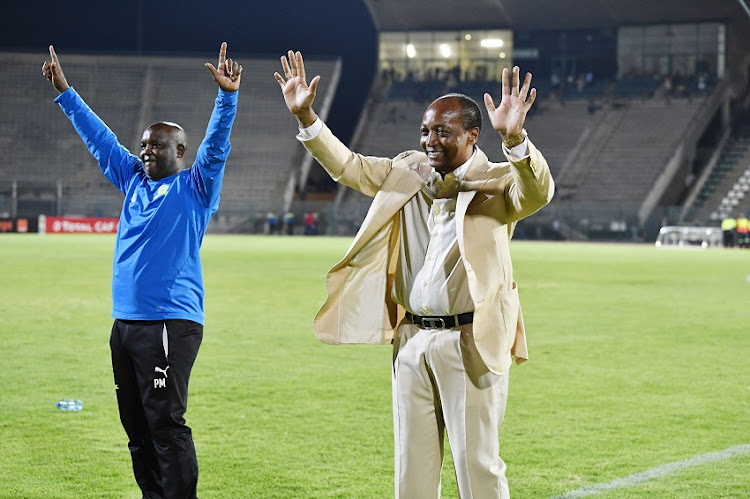 Mamelodi Sundowns president Patrice Motsepe has confirmed that the protracted contract negotiations with coach Pitso Mosimane have been resolved and he has signed a new four-year contract with the Brazilians.

Negotiations between Mosimane and Sundowns have been deadlocked for the past few months but they have finally found each other in news that is going to please the fans who have been calling for the long-running contract saga to be resolved.

Mosimane‚ whose current contract was due to expire at the end of June‚ has said on numerous occasions that he wants to stay at the club and the deadlock was not due to disagreement over money‚ but principle.

In making the announcement on Thursday‚ Motsepe said he is excited that Mosimane is staying.

"I am very happy that the board of Sundowns have renewed the contract of our very own Sir Alex Ferguson. I would like to have him for eight years but we will see‚" said Motsepe.

"I am pleased to confirm that I have signed a four year contract with the club that I love. To the Yellow Nation, thanks to the love and support and I believe the best is yet to come. We will not stop until we deliver the second star," said Mosimane.

Since he joined the club in December 2012 after a two-year spell as Bafana Bafana coach‚ Mosimane achieved unparalleled success at Chloorkop with four Premiership league titles‚ two Telkom Knockout cups and one Nedbank Cup domestically.

On the continent Mosimane has led the Brazilians to Caf Champions League glory which was soon followed by the Super Cup. He is regarded as one of the best coaches on the continent.

If the season is completed‚ Mosimane has an opportunity to add to his titles at the club as they are still in the hunt in the Premiership where they are trailing Kaizer Chiefs by four points with a game in hand.

Sundowns are also in the semi-final of the Nedbank Cup and a rare chance of achieving the treble remains on the cards as they have already won the Telkom Knockout this season.