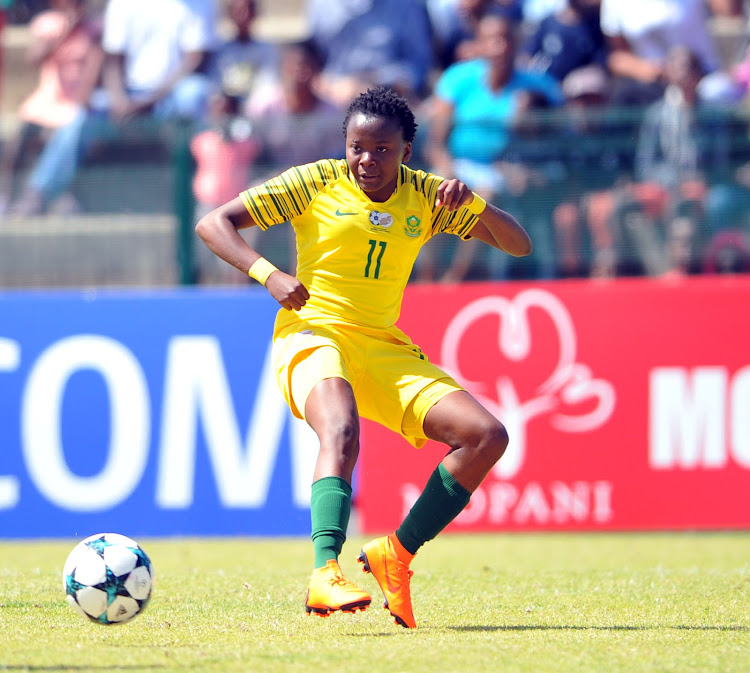 The Benfica striker won the Confederation of African Football’s (Caf) Women’s Player of the Year award in 2018‚ largely for her role as tournament top scorer steering Banyana to the final of that year’s Africa Women’s Cup of Nations in Ghana.

Kgatlana scored five goals and won the Player of the Tournament award as South Africa lost on penalties to Africa’s most successful women’s team‚ Nigeria‚ in the final.

Nigeria are 11-time winners of the Women’s Nations Cup‚ with only Equatorial Guinea having won the other two. South Africa have been runners-up five times.

Kgatlana believes with improved financial rewards on offer‚ Banyana might improve their conversion rate to a gold medal.

“Yes‚ we are slowly getting there. You could see in the 2018 Afcon that we had a will to beat whoever was standing in our way.

“One thing I realised‚ I think‚ with the victories of Nigeria is that every time they get to play South Africa in an Afcon‚ or wherever‚ they get incentives on top of what they are getting.

“And I think as women’s footballers that’s what we yearn for. Especially in African football‚ we don’t get a lot of money from the national team.

“So if somebody comes to me and says‚ ‘If you win gold you get an incentive of however many thousands of Rands’‚ I mean‚ that’s motivating enough.

It was reported that Banyana received a R2‚4-million bonus for reaching the 2018 Nations Cup final from the SA Football Association and women’s football’s loyal sponsors Sasol.

However‚ it has been reported too that Banyana players earns as much as 10 times less than their men's Bafana Bafana counterparts.