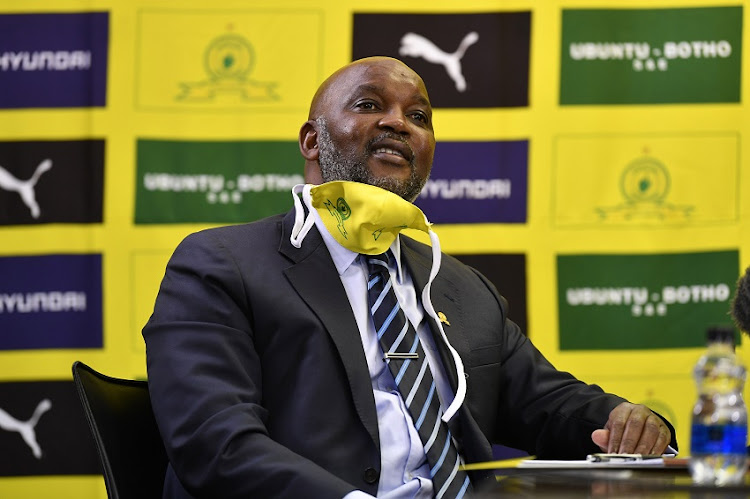 Mamelodi Sundowns president Patrice Motsepe could not divulge the contents of Pitso Mosimane’s new contract for confidentiality reasons‚ but it is believed that “Jingles” is now one of the highest-paid coaches on the continent.

In Mosimane’s eight-and-a-half-year mentorship‚ Sundowns have consistently reached the group stages of the Caf Champions League‚ including winning the competition in 2016.

Two years ago the Brazilians were knocked out 2-1 on aggregate in the semifinal stage by Wydad Casablanca and earlier this year they fell to Al Ahly at the quarterfinal stage.

“Pitso is not only competing for the PSL title‚ so you can’t pay him what you pay South African coaches. You can’t‚” said Motsepe when he announced Mosimane’s new four-year bumper contract on Thursday.

“He is competing against the best on the continent and the best in the world. That is why I said you have to go to the bank and say‚ ‘Can you please extend my overdraft?’ You have to look at Sundowns within that broader developmental obligation and duty.

“You can’t pay Pitso what you used to pay him when he started and you can’t even pay him the same money he earned before he won the Champions League. You really now have to go to the bank and extend your overdraft‚ but I can tell you that every cent that we are spending‚ and that we will continue to spend‚ on Pitso is money well spent.”

Motsepe also said there were never any issues of contention with Mosimane during the protracted renewal negotiations over the past few months.

“There was no situation with Pitso and this is very important‚” Downs’ president stressed.

“Any employee‚ if you do well you should attract interest from elsewhere and that makes us proud. I have always said that if Pitso gets better contract offers elsewhere‚ whether it’s in North Africa or in Europe‚ he must take those offers if Sundowns does not want to compete in paying him a competitive salary.

“We have to pay our people very well‚ because they make us better [and] otherwise you will lose them. We cannot succeed without the best on the continent.”

Mosimane said he feels respected by the new bumper contract that will extend his seven years stay at the club.

“I think I have been respected in the contract and the compensation is of the level of a coach on the continent. I have worked for it for the past seven years‚ I have laboured. You get European coaches getting amounts just for pitching up but I have earned it‚” he said.