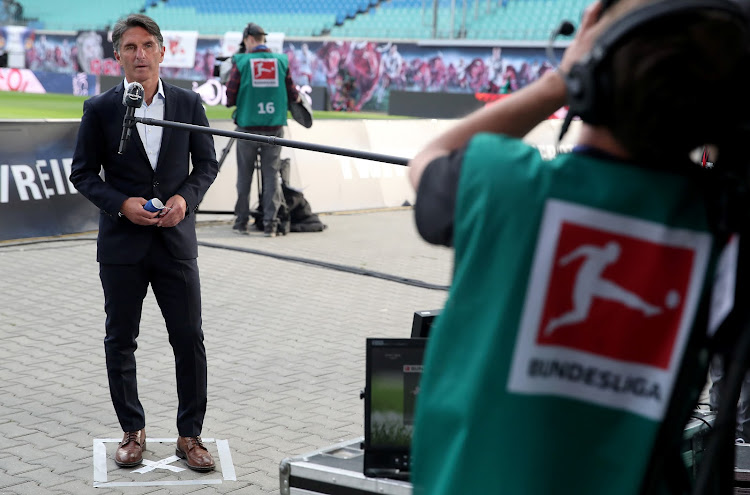 Hertha BSC coach Bruno Labbadia is interviewed before the Bundesliga match against RB Leipzig in Leipzig on May 27 2020.
Image: Alexander Hassenstein/Pool via REUTERS

Bruno Labbadia might have been seen as a rather desperate appointment by Hertha Berlin but his reputation as a coaching "fireman" has been consolidated by a flying start to his job.

Labbadia became Hertha’s fourth coach of the season when they hired him in April, amid the Covid-19 coronavirus pandemic lockdown, turning to a man whose trips on the Bundesliga carousel have taken him to a record 10 different clubs as player and coach.

Hertha were six points above the relegation zone when the 54-year-old Labbadia took over and his task was to stop them from slipping into further danger.

"With Bruno we get someone who has known the Bundesliga in detail for many years as a player and coach and has shown that he can stabilise teams," Hertha technical director Michael Preetz said.

Why Amakhosi woke up from their years of slumber

Lebogang Manyama is convinced he has clues to why Kaizer Chiefs have risen from also-rans to genuine Premier Soccer League title contenders this ...
Sport
1 year ago

Labbadia’s impact has been a lot more than that, however, turning Hertha into one of the few form sides since the resumption of action in mid-May.

They have jumped up the standings with 10 points from four games under his command and can now ponder the possibility of qualifying for European competition next season.

They are only four points off sixth place in the table which offers a berth in the Europa League, although have five tough remaining fixtures, starting with Borussia Dortmund away on Saturday.

"After 35 years in the Bundesliga as a player and coach, I am still hungry – especially if we continue the way we are playing now," said Labbadia after Saturday’s 2-0 home win over FC Augsburg.

"But we still have a lot of work ahead of us. We must remain humble and try to improve further together! We defend together, we attack together.”

Bidvest Wits on brink of being sold

One of SA's oldest football clubs, Bidvest Wits, are set to change ownership and relocate to Limpopo when a prospective purchase is completed.
Sport
1 year ago

Left back Maximilian Mittelstadt said the turnaround was due to improved team spirit.

"We are all fighting for one another. Our best attribute at the moment is that we are covering up for each other's mistakes," he said.

"We have taken on Bruno Labbadia's ideas and are working well as a team, something that had been missing previously. We want to continue this good run in the final few weeks."

The Premier League's planned restart on June 17 received a further boost on Saturday when the latest batch of novel coronavirus tests produced no ...
Sport
1 year ago

Ten individuals from eight Championship clubs tested positive for novel coronavirus in the latest round of tests, the English Football League (EFL) ...
Sport
1 year ago