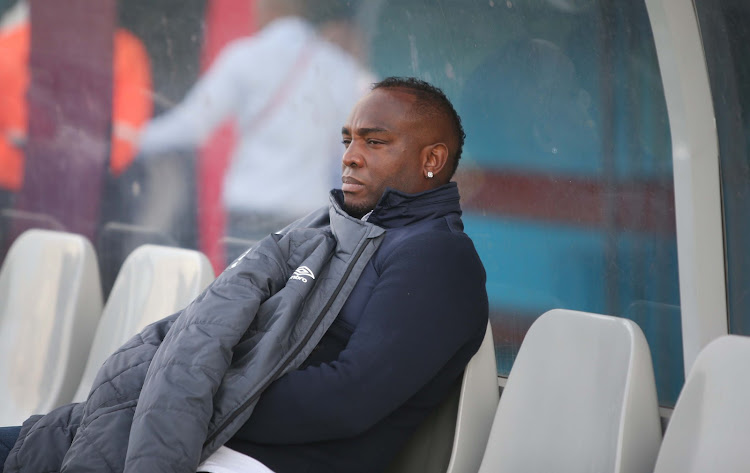 Benni McCarthy started his head coaching career with Cape Town City in South Africa where he enjoyed Cup success in his short stint with the club.
Image: Bertram Malgas/BackpagePix

Benni McCarthy has acknowledged as a reality the fact that black coaches will struggle to get jobs in European football.

Bafana Bafana’s all-time top scorer began his head coaching career with a promising two-and-a-half seasons at Cape Town City where he won the 2018 MTN8 and reached the 2017 final‚ and finished fifth and fourth in the Absa Premiership.

McCarthy was asked‚ in the context of the death of George Floyd at the hands of Minneapolis police officers and current protests across the USA in response‚ about his experiences in racism as a player‚ and on preferences for a job as a coach.

“Listen‚ you see what’s going on in the world right now. It’s very much still part and parcel of society today.

"But it’s only because of ignorance‚” McCarthy told an online press conference of the SA Football Journalists Association (Safja).

Komphela on Mosimane: ‘I hope he ignores the idiots who p**s on black success’

Lamontville Golden Arrows coach Steve Komphela has given a rare insight into the inner workings of his professional and personal relationship with ...
Sport
1 year ago

“But‚ ja‚ my time hasn’t been all smooth sailing. I’ve had exceptionally difficult times.

“And it is difficult. No matter how much you want to make it different‚ if somebody else doesn’t want to accept this part of me there’s very little that one can do about that.

“But in today’s society‚ do you see a lot of us coaching in Europe?

"Because‚ ja‚ it’s just how society is that the majority of club owners don’t feel comfortable having an African or black person in charge of their team.

“We aren’t going to change that. We can only continue to fight it and hope that people do see clearly‚ and do the right things one day.

“Because maybe ... at least we set the tone for the kids coming in the next generation‚ and by then hopefully it’s changed.

Lebogang Manyama has described the hellish conditions that led to him being continually benched despite training and playing well in his few ...
Sport
1 year ago

“I’ve not experienced a situation yet where I’ve applied for a job and somebody else go it because of the colour of their skin.

“I did interview for the Hearts job [after leaving City in November] and I didn’t get it and a white man got it.

"I could take it as‚ ‘Ja‚ they didn’t want the brother in charge’. But it was nothing like that.

“It was my inexperience at the time. I’ve only had my first opportunity of management‚ and now to get an opportunity to manage such a big club as Hearts‚ I think they went purely on experience.

“What the manager had achieved‚ and his experience and what he’s been through in his job was suitable for what Hearts needed at the time‚ and not because he had a lighter skin colour than me.”

McCarthy said a situation of pathfinders paving the way for the next generation exists already for players‚ where racism still exists‚ but there has been an improvement for the blatant examples he experienced when he played in Europe.

The novel coronavirus-enforced lockdown will be easier to deal with as pay-channel broadcaster SuperSport has announced that live sport will be ...
Sport
1 year ago

“Back then it was blatant. Now people turn their backs and say it behind your back‚” he said.

“They don’t come to your face or do it in ways that it’s getting highlighted now.

"Back in the days when I started they’d tell you to your face and you must just deal with it.”