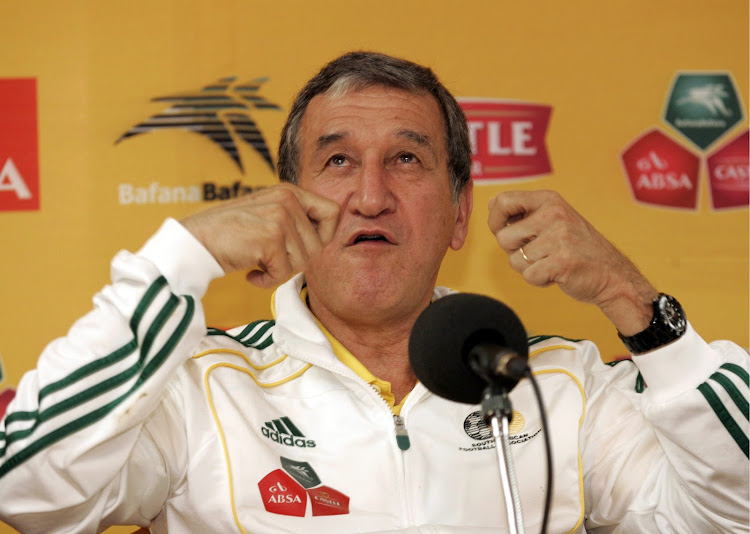 South Africans should resist scapegoating then-coach Carlos Alberto Parreira for Bafana Bafana’s disappointing opening round exit as hosts of the 2010 Fifa World Cup, Bongani Khumalo, a defensive stalwart in that team, has said.

Thursday marks a decade from Bafana’s opening 1-1 draw against Mexico at Soccer City on June 11, 2010 of the first World Cup on African soil.

The milestone seems sure to reignite the debate on whether Parreira failed, or in fact made a Bafana generation who were not the strongest to have emerged in SA post-democracy competitive, even if they still unfortunately became the first host nation to exit in the first round.

Khumalo (33) – who earned a transfer to Tottenham Hostpur on the back of an excellent personal World Cup and later captained Bafana – has no doubts which side of the debate he lies on.

Football is faced with the new normal of playing matches behind closed doors and Lamontville Golden Arrows coach Steve Komphela believes that this ...
Sport
10 months ago

“Incredible coach, incredible man. I’ve got so much love and respect for Parreira,” the SuperSport United centreback told TimesLIVE.

“There were moments in training where we would talk, and his wisdom, and just his heart and his mind for the game, how he approached games or pressure – honestly, incredible.

“I told him straight after the World Cup that for me as a player and a person he literally changed my life.”

Bafana led Mexico through Siphiwe Tshabalala’s 55th-minute stunner, conceded to Rafael Marquez’s 79th-minute equaliser, and Katlego Mphela hit the post in injury time rounding goalkeeper Oscar Perez with a strike that, had it gone in, would have ultimately seen the hosts through Group A.

A 3-0 defat to Uruguay and the mastery of player of the tournament Diego Forlan and theatrics of Luis Suarez at Loftus Versfeld flattered the semifinalists.

A 2-1 win against France in Bloemfontein was not enough to progress.

Khumalo said it was the experience of Parreira – a fitness trainer of the famous Pele-led Brazil team who won the 1970 World Cup, and who won the global showpiece coaching the Selecao at USA 1994 – that made Bafana competitive when they were the clear underdogs in each game.

“We would have been in trouble [without that experience],” Khumalo said.

“From day one he made us part of his story.

"Like when he was a trainer, how they prepared, how Pele prepared, how it was winning the World Cup, and what the real experience would be.

“Because everyone builds the World Cup up like it’s this massive thing and it’s going to last forever. And he was like, ‘Listen boys, you open your eyes and it’s the World Cup, you blink and it’s finished.

Gavin Hunt has said there is “nothing in it” in the media reports and constant whispers about his links to a job as coach of Kaizer Chiefs next ...
Sport
10 months ago

"So you’ve got to make every second count’.

“And during that experience that’s when you realised how well this man prepared you, not just the physical part of training and tactics, but also the emotional and mentality side.”

If Parreira’s tactics erred on the side of conservatism, that was because Bafana were outgunned in player strength, Khumalo said.

And the team did have footballers who could also play, such as Teko Modise, Tshabalala, Mphela, Reneilwe Letsholonyane and Steven Pienaar.

“It is sad to have worked with the man [Parreira] so closely, and then afterwards everything gets directed at him.

Benni McCarthy has slammed the Safa for having failed to capitalise on the legacy of South Africa hosting the 2010 Fifa World Cup.
Sport
10 months ago

"You think, ‘You guys have no idea what this guy has actually done for the team and the country’,” Khumalo said.

“Because in the period before that we didn’t really have an identity.

"And he came in and he gave us an identity, and a system that every player bought into, and we knew what to do and how to go about our business.

“And I think that identity has stayed to some extent. When I watch Sundowns under Pitso [Mosimane, Parreira’s Bafana assistant and now coach of Mamelodi Sundowns], Parreira’s blueprint is in there.

Making the country happy scoring “that” 2010 Fifa World Cup opening goal will be his legacy‚ Siphiwe Tshabalala has said as the 10-year anniversary ...
Sport
10 months ago

The man who lifted the nation to its feet scoring the magnificent opening goal of the 2010 Fifa World Cup for Bafana Bafana has turned his attention ...
Sport
10 months ago
Next Article