Bidvest Wits CEO Fainman: 'Our people will be treated with respect' 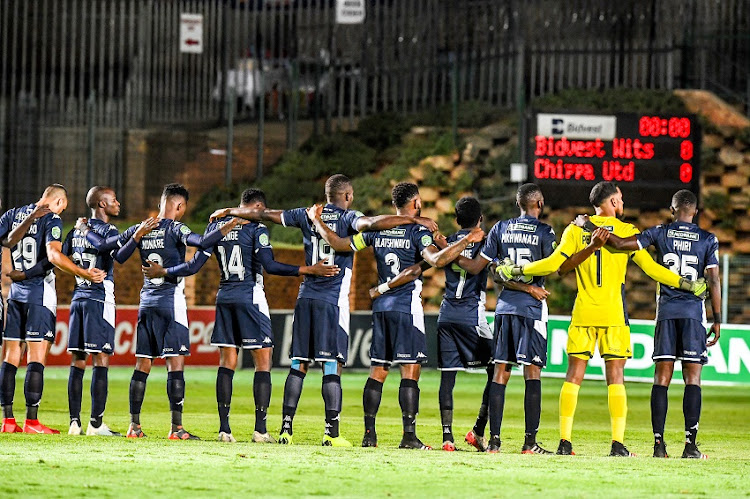 Players observe a moment of silence at commencement during the Nedbank Cup, Last 16 match between Bidvest Wits and Chippa United at Bidvest Stadium on February 24, 2020 in Johannesburg, South Africa.
Image: Sydney Seshibedi/Gallo Images

Bidvest Wits have treated their employees "with respect and fairness"‚ CEO Alan Fainman has said‚ after the disclosure that the club has been sold to Masala Mulaudzi.

Mulaudzi has revealed he will relocate the Premier Division franchise of Wits to Thohoyandou and rename it Tshakhuma Tsha Madzivhandila (TTM) - the moniker of the GladAfrica Champoinship team he has been owner of.

The deal has attracted its share of controversy. Wits‚ at 99 years old‚ are the oldest existing club in the Premier Soccer League's (PSL) 32 Absa Premiership and GladAfrica teams‚ and have been highly competitive as a top three top-flight team in five of their last six seasons. They won the 2016-17 Premiership title.

“Our people are important to us and we will treat them with respect and fairness in these challenging times‚" Fainman‚ also CEO of Bidvest Services‚ was quoted as saying in a statement on the Bidvest Wits website.

"The sale of the club will not affect the players' contracts in any way. With regards to the sale of the club and the manner in which it was announced to the public‚ I would like to reiterate that at the time of the announcement‚ the deal had not yet been signed.

"Pen has now been put to paper between the new purchaser and Bidvest.”

Mulaudzi has dsiclosed he cannot afford the salary of coach Gavin Hunt - the architect of Wits' success in the past six years - and several of the club's highest-paid players‚ and said that they will be free to find new clubs next season.

Wits were in sixth pace in the Premier League when the season was suspended due to the coronavirus on March 16.