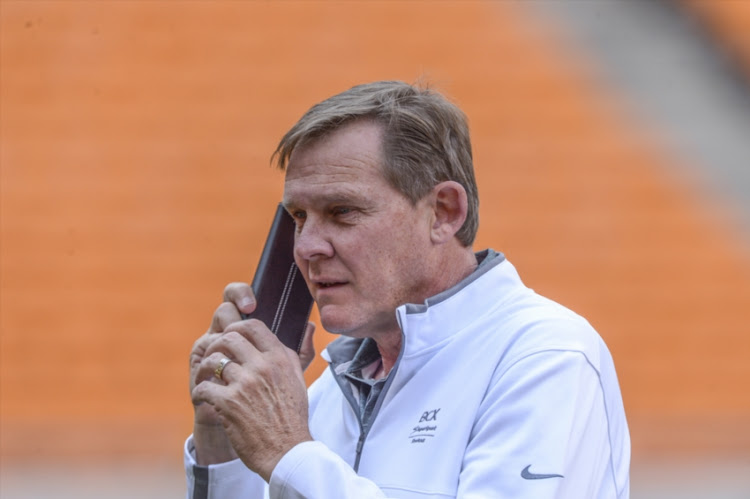 Neil Tovey will not renew his contract as technical director of the South African Football Association (Safa) at the end of this month‚ the association has confirmed.

However‚ the official reasoning given for Tovey not renewing his contract differs from information from various sources who did not want to be named.

Sources told TimesLIVE that Tovey’s exit comes because he feels he will not be able to conduct his role of overseeing development effectively due to lack of financial support from the cash-strapped association.

Safa communications director Dominic Chimhavi confirmed that Tovey will not renew his contract‚ but denied it was because of financial constraints on the technical director.

“Neil’s contract came to an end. That is the issue‚” Chimhavi said.

Later Chimhavi added: “The main reason actually why Neil Tovey’s contract was not renewed was the fact that he has gone through huge health issues.

“He had two scares during his tenure. And it was one of the considerations.”

Tovey‚ appointed as Safa’s technical director in June 2015‚ had suffered three heart attacks playing a game of squash in February 2015‚ and a further heart attack in October 2016.

However‚ a major reason for Tovey not wanting to renew his contract‚ TimesLIVE is informed‚ is that the former Bafana Bafana captain does not believe he will have the financial backing to conduct his job of overseeing development effectively. Tovey was apparently also not satisfied with the package he was offered.

A major reason for Tovey’s conviction he will not have financial support for his plans is apparently the removal of the Safa’s 18 Provincial Technical Officers (PTO) as a cost-cutting measure by Safa.

A male and female PTO had been put in place by Tovey in all South Africa’s nine provinces primarily to oversee coaching of coaches‚ and that all the junior leagues in Safa’s Local Football Associations – many of whom were set up by funds from the 2010 World Cup Legacy Trust – ran smoothly.

They were well paid‚ qualified coaches and coaching instructors‚ who had left jobs to join Safa.

Four separate sources‚ who did not want to be named‚ have told TimesLIVE that they fear the removal of the PTOs will cripple the association’s development structures.

A source said a new organogram that has been given to Safa staff members‚ with packages being offered to some staff‚ cuts development employees‚ and Tovey’s staff‚ significantly.

“The cost-cutting’s going to cripple the association’s development at the moment‚” a source said.

Chimhavi denied that the 18 PTOs have been cut.

“It’s also that their contracts came to an end‚ and we are renegotiating their contracts. The new CEO [Safa’s new acting CEO Tebogo Motlanthe] is attending to that to see how we can solve that issue. They were not fired.”

The news that Tovey will leave his post next week follows the axing by Safa of two of its vice-presidents – Ria Ledwaba and Gay Mokoena – in a national executive committee (NEC) meeting this past weekend.

This follows a tumultuous period where two startling reports sent to the NEC by an ex-CEO‚ Dennis Mumble‚ and an ex-acting-CEO‚ Mokoena‚ rocked the association with allegations of abuse of office by Safa president Danny Jordaan.

Tovey‚ who coached Mamelodi Sundowns and AmaZulu‚ was the Bafana captain who lifted the Africa Cup of Nations trophy on home soil in 1996.