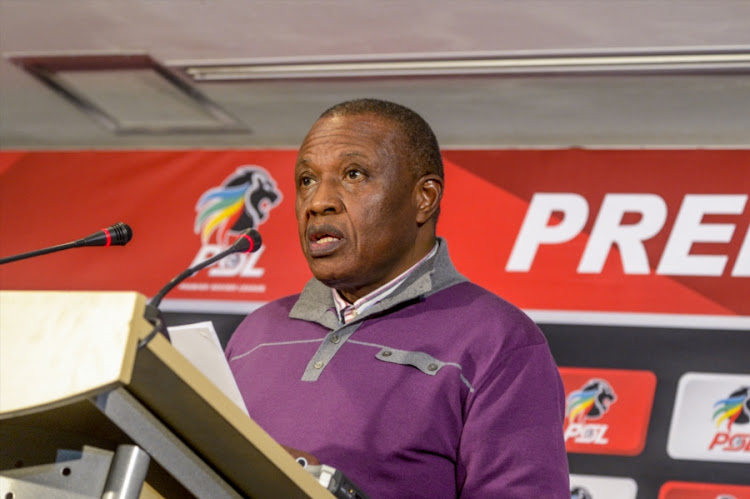 The Premier Soccer League (PSL) has proposed Gauteng as the venue for the ‘bio-bubble’ camp for closed-doors matches to complete the 2019-20 Absa Premiership season‚ and next weekend as the date for the resumption of the league.

The PSL suspended matches more than 100 days ago‚ on March 16m due to the outbreak of Covid-19‚ and the league’s chairman Irvin Khoza made these suggestions to all the clubs during a virtual Board of Governors (BoG) meeting on Thursday‚ TimesLIVE is informed.

The proposed venue for the tournament being discussed‚ with all 16 Premiership teams based in a single-city biologically safe environment‚ is Gauteng‚ and kickoff July 19.

The priority is to complete PSL at all costs but there is proposal that the GladAfrica Championship end where the log standings stand at the present with leaders Ajax Cape Town promoted.

This will mean that there will be no relegation from the National First Division (NFD) with second-placed Moroka Swallows and third-placed Uthongathi FC qualifying to go into the promotion and relegation play-offs with the team who finish second-from- bottom in the PSL.

These issues are subject to approval by the government and the SA Football Association (Safa) who must provide referees. Minister of Sport Nathi Mthethwa has specified that Safa must play an overarching role in ensuring compliance to health and safety protocols.

Most teams returned to training this week or late last week as each was approved on an individual basis by the PSL as having become compliant with the government-approved league directive on measures such as sanitisation and Covid-19 testing.

The July 19 kickoff for the closed-doors return to football in a BSE would have meant most teams would have had just two weeks’ training ahead of the matches. This could will raise concerns of injuries to players‚ who were training largely housebound‚ especially during the earlier‚ more stringent stages days of the national lockdown.

Fifa apparently does not have an August 31 deadline to the 2019-20 season‚ so long as the global body is informed of an extension beyond that. PSL clubs‚ however‚ are believed to have only negotiated contract extensions to the end of August for players whose terms were ending in June.

The BoG consists of the 32 Premiership and GladAfrica clubs.

The Premier Soccer League (PSL) and the SA Football Association (Safa) will be held liable for claims for damages or negligence that may occur as a ...
Sport
2 years ago

SuperSport United coach Kaitano Tembo believes his team can achieve the top four finish their management craves in the 2019-20 season, and be ...
Sport
2 years ago