Jomo Sono on Louis Mazibuko: ‘He was a rare journalist’ 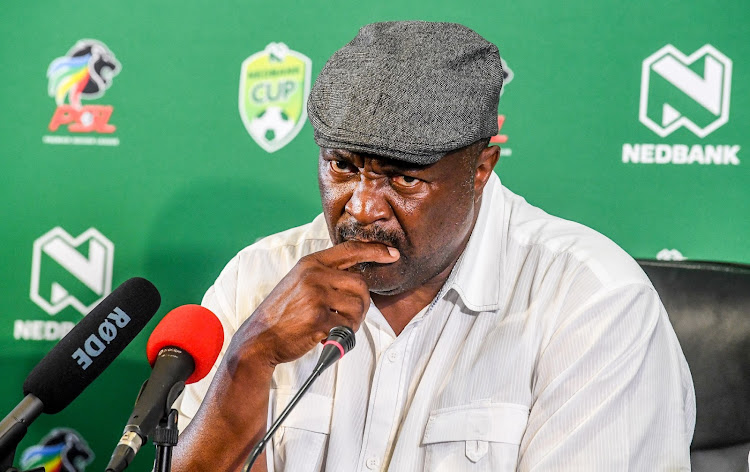 Football legends and administrators have paid tribute to the loveable character, lyrical writer and old school scoop specialist that was football journalist Louis Mazibuko, who died at 69 on Wednesday.

Mazibuko, whose career spanned decades and newspapers including Rand Daily Mail, Sunday World, Sunday Times and Sowetan, was known for his irrepressibly mischievous sense of humour and close ties and friendships with football’s movers and shakers.

Jomo Cosmos and former Orlando Pirates great Jomo Sono was one of the leading figures of football Mazibuko, also a boxing writer, could call a friend.

“We were very close. He was a rare journalist," Sono said.

“He didn’t want to hurt people. he didn’t want controversial stories. He just wanted to write facts. And he groomed a lot of journalists.

“May his soul rest in peace and I hope his family will stay strong.”

Mazibuko was also close to Kaizer Motaung, owner of Kaizer Chiefs, and his family.

“The last time I saw him was about last year when he came to Kaizer Chiefs and shared some of his memories of the club from the early 1970s to the 1980s.

“I have fond personal memories of Louis. he had a great smile, great passion for the game, and engaged extensively with the Kaizer Chiefs family.

“As a young girl I got to know him very well over the phone when he would call the house asking to speak to my Dad to conduct an interview. Because I would be the one to run to the phone I got to know all those old journalists, and his voice was one I remember.

“We will miss him. Hopefully his legacy will live on and the young generation has learned a lot from him and his professionalism. We thank him for his contribution to journalism and to football.”

Chiefs posted on their official Twitter account on Thursday: “Chairman Kaizer Motaung has extended his heartfelt condolences to Mazibuko family.

“Motaung reacted with shock to the news of the passing of the legendary former sports journalist Louis Mazibuko. He describes Mazibuko as a scribe par excellence. May his soul rest in eternity!”

Chairman Kaizer Motaung has extended his heartfelt condolences to Mazibuko family. Motaung reacted with shock to the news of the passing of the legendary former sports journalist Louis Mazibuko. He describes Mazibuko as a scriber par excellence. May his soul rest in eternity! pic.twitter.com/JnaF0ugfm9

“He covered every major event in SA football and his likable character endeared him with his colleagues, officials and football fans. The country has lost another giant, Louis was a giant in the journalism fraternity. May his soul rest in peace.”

Mazibuko died in Mulberton Hospital in Alberton after an illness became serious. His wife, Monica Mazibuko, died in August last year. Louis and Monica Mazibuko were married for 40 years.

Veteran journalists whose careers crisscrossed that of Louis Mazibuko‚ the legendary football writer who died on Wednesday aged 69‚ described his ...
Sport
2 years ago

Former sports writer Louis “Figo” Mazibuko has died. He died on Wednesday afternoon at Mulbarton Hospital in Alberton, his daughter Zozo confirmed to ...
News
2 years ago