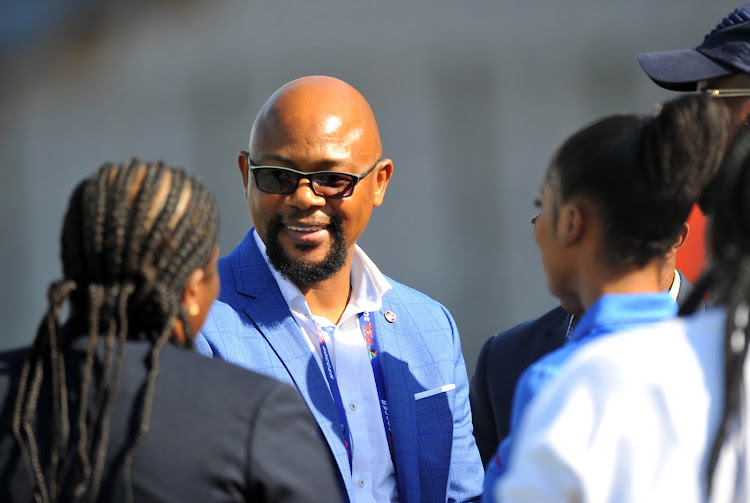 Swallows FC owner David Mogashoa says the suspended national first division season must be declared null and void as most sides in the lower tier of South African football are not likely to be able to afford the costs required to house the clubs in the Premier Soccer League's (PSL) biologically safe environment.

“If the PSL and Safa (South African Football Association) do not agree on the date of resumption‚ then the cancellation of the season is going to be an option‚” says Mogashoa‚ whose team was second behind Ajax Cape Town with six games to go when the season was stopped in mid-March due to the outbreak of the coronavirus pandemic.

The Birds boss said the suggestion of cancelling the NFD season did not‚ however‚ come from the teams playing in the lower tier of SA football.

“That was a suggestion that was put out by John Comitis (Cape Town City boss)‚ which I think it might make sense‚" he said.

“But the very same suggestion may not make sense for teams currently at number 3‚ 4‚ 5 who may feel they can even beat Ajax on promotion.

Premier Soccer League (PSL) clubs can expect long-term injuries given the extraordinary circumstances of the Absa Premiership’s return to play and ...
Sport
1 year ago

“So that’s where you’re going to have problems because these guys may feel that they also stand a chance. But then the cost of going into this bubble‚ it’s becoming too much.

“If we are going into the bubble it’s going to cost about R1.3 million minimum and the teams have to foot that bill.

"Some people may argue that we’re still in any case have to pay for our away games anyway.

“Our games (six in the NFD) would have cost maybe about R500 000 to complete‚ not R1.3 million. So that bubble is also becoming a problem."

As Swallows‚ Mogashoa added‚ they would have preferred to go with Comitis’s suggestion.

“We prefer to fight for straight promotion unless the PSL is happy to extend the teams to 18 teams next season.

Mamelodi Sundowns are picking up "lots of injuries" as the Premier Soccer League (PSL) scrambles towards an uncertain kickoff date for a return to ...
Sport
1 year ago

“But we’re not going to support anything that says other teams must sit and watch and then Ajax must go to the PSL.

“The only option if the league cannot continue is that the league must just cancel‚ no one gets anything. It’s like we’ve never played and we start the next season from scratch.

“Otherwise we’re going to have legal challenges all over the place. So it’s going to be a big problem. So the only option if we cannot resume is to stop the season like nothing ever happened and we start again.

“As some members mentioned in our last board of governors (BoG) meeting‚ the best thing is now to cancel this season and prepare properly for the next season.

“Now if we’re going to continue with this season and immediately we have to prepare for next season‚ it’s not going to work. It’s just going to cost a lot of money that most clubs don’t even have.

Baroka FC coach Dylan Kerr: 'My players are not ready yet'

Baroka FC coach Dylan Kerr says there is no way his players will be ready to take to the field should the league programme resume in the beginning of ...
Sport
1 year ago

“I mean as we speak now there are clubs in the NFD that have even struggled to pay salaries. So how are they going to go to the bubble?

“But not only that‚ there are clubs in the PSL that have cut salaries on the first month of lockdown‚ and we're almost paying the same salaries depending on the clubs and what you’re fighting for.

The next BoG meeting was expected to be held sometime this week where a final decision on the resumption of the season was to be taken.

The PSL had proposed July 18 as the starting date while Safa said play can resume on August 1 if all health and safety protocols have been agreed upon and confirmed.

Former Kaizer Chiefs striker Lucky Maselesele has pleaded with budding players to learn from his mistakes and take their careers seriously.
Sport
1 year ago

Stellenbosch FC coach Steve Barker says while his team cannot expect to be 100 percent ready for a still uncertain kickoff date of a return of the ...
Sport
1 year ago