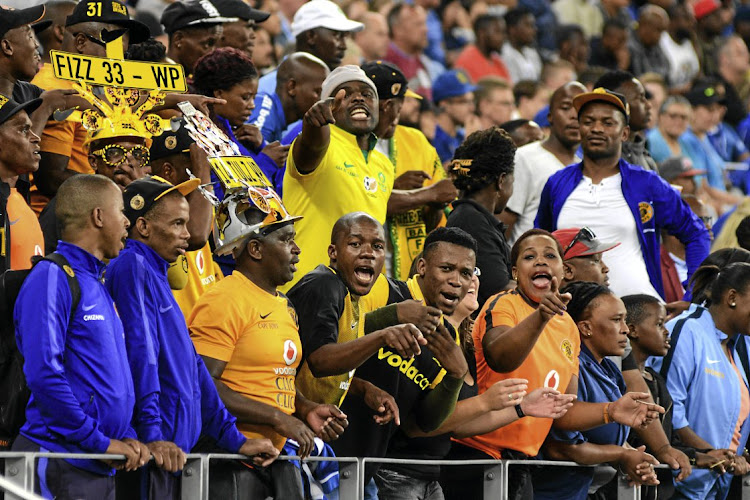 Kaizer Chiefs fans will be hoping their team can wrap up the league championship having led the table for much of the season.
Image: DARREN STEWART/GALLO IMAGES

The Premier Soccer League's (PSL) board of governors have decided to resume the Absa Premiership and GladAfrica Championship seasons on August 8 and conclude on September 5.

The season will resume with the semifinals of the Nedbank Cup on August 8 and and the league programme will start on August 11.

Insiders who were part of the virtual meeting held on Monday afternoon told TimesLIVE there was consensus for the Premiership and lower tier season to be played to their conclusions starting with the semifinals of the Nedbank Cup.

“The agreement was that both leagues must be played to their conclusions and it was largely acceptable across the board.

"I think at the end of the day it is a sensible decision because it represents the majority of the 32 teams‚” said one insider.

The second insider said there were other teams that wanted the seasons to be declared null and void but they were overwhelmed by the voices of the majority.

“There were other clubs that wanted this campaign to be declared null and void but they did not get their way.

"Some were those who argued about the costly nature of the ‘bio-bubble’‚ and the others are mostly those who are threatened by relegation‚” said the second insider.

Football in SA has been suspended for almost five months due to the outbreak of the devastating Covid-19 and there were strong rumours that the two leagues would be declared null and void.

Some clubs in the national first division and a few in the Premiership raised concerns about the high costs of moving into the bio-bubble’ as it is going to cost each club around R2m.

Highlands Park have received a big offer for the sale of their Premier Soccer League (PSL) franchise that will have to be considered if it can be ...
Sport
1 year ago

The Premier Soccer League (PSL) may have to consider calling off the 2019-20 season after yet another critical week ended with no clarity on when the ...
Sport
1 year ago