Ayanda Patosi reveals desire to play for the Bucs when he returns to SA: 'I grew up supporting Pirates' 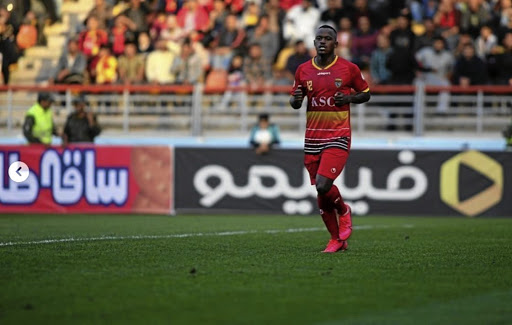 Ayanda Patosi’s focus right now is on making a success of his playing career with Foolad FC in Iran‚ but he has admitted his desire to turn out for Orlando Pirates when he returns to South Africa.

Patosi (27) signed for Foolad on January 10 as part of a series of loan moves from Cape Town City to the Middle East that saw him previously have six-month stints at Esteghlal FC‚ also in Iran‚ and FC Baniyas in Abu Dhabi‚ United Arab Emirates.

However‚ after a bright start of two goals in four games‚ he was prevented from travelling back to Iran for four months earlier this year having returned to Cape Town‚ as international travel was suspended due to Covid-19.

Patosi managed to return to Iran via repatriation flights on July 14‚ where he hopes to conclude negotiations to sign outright for Foolad.

The skilful forward‚ though‚ said he still hopes to play for a big three team on his return to South Africa‚ and preferably Pirates.

“I am still on loan at Foolad from Cape Town City. And we were in negotiations now to make it a permanent deal. Hopefully that will go through‚” Patosi told an online press conference of the SA Football Journalists Association‚ speaking from Iran.

“But I would really love to play for the top three in South Africa. But mostly Pirates‚ because I grew up supporting Pirates.

“So hopefully something will come up when I want to come back home.”

Patosi had a good scoring record against Pirates for City‚ including the winner in a 1-0 Nedbank Cup last-16 victory for the Citizens at Cape Town Stadium in March 2018‚ and a brace to rescue a 2-2 league draw at Orlando Stadium in September that year.

Patosi‚ often overlooked for Bafana Bafana despite his obvious talents at playmaker‚ has continued notching goals in the Middle East‚ with seven strikes in 26 league games for his three clubs there.

The product of Cape Town-based ASD academy began his career showing promise in Belgium for six seasons with Lokeren.

Foolad finished eighth in Iran’s Persian Gulf Pro League in 2018-19‚ and sixth in the coronavirus-affected 2019-20 season.