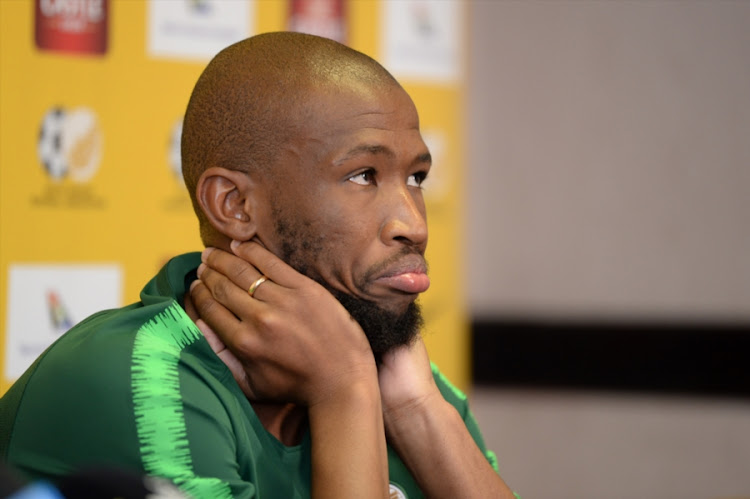 Kamohelo Mokotjo has a chance to become the only South African playing in the English Premiership after his club Brentford reached the English Championship playoff final in dramatic fashion on Wednesday night.

Brentford overcame a 1-0 deficit in their playoff semifinal against Swansea City to run out 3-2 winners on aggregate with a 3-1 home win in the second leg at their Griffin Park home ground.

This sets up a Championship playoff final against either Cardiff City or neighbours Fulham at Wembley on Tuesday.

Mokotjo‚ who recently returned from a five-month injury layoff‚ was not involved in the two legs of the semifinal.

He had returned to action with two late substitutes’ appearances in late June in Brentford’s 1-0 home win against West Bromwich Albion and 3-0 away victory against Reading.

The 29-year-old Bafana Bafana defensive midfield star has been a key figure for his Championship side since signing for them from Dutch outfit FC Twente at the start of the 2017-18 season.

It remains to be seen whether Mokotjo will remain with Brentford‚ however‚ as his contract ended in June‚ though he did sign a short-term extension for the period of a Championship season extended by the suspension of football in England due to the coronavirus.

The second-leg victory saw Brentford sign off in style in their final match at Griffin Park‚ their home ground of 116 years. The Bees will move to their new 17‚250-capacity Brentford Community Stadium next season‚ which they will share with London Irish rugby club.

Black Leopards coach Alan Clark has resigned just under two weeks from a return to football in the Premier Soccer League (PSL).
Sport
1 year ago

The topflight and lower tier seasons had to be played to their conclusion on the field of play to ensure integrity and fairness‚ says Premier Soccer ...
Sport
1 year ago