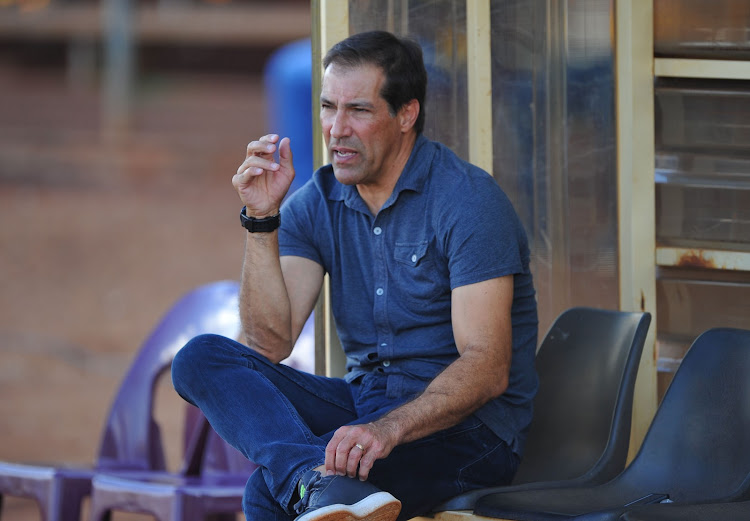 Cape Umoya United Director says the PSL has done well to improve the financial standing of the clubs with their broadcast rights.
Image: Muzi Ntombela/BackpagePix

Cape Umoya United director Roger De Sa says South African football has come a long way financially even from the 2000s‚ recounting a story of how he once had to sell the club’s old Mercedes-Benz to pay players at Bidvest Wits.

Former Moroka Swallows and Wits University goalkeeper De Sa at one stage was player-coach and then also CEO of the Clever Boys in the late 2000s and early 2010s‚ before their era of big investment in the club by new owners Bidvest‚ who last month sold the team.

De Sa recalled having to sell a company car to pay salaries in that era.

The ex-keeper was asked about the transition to running a team‚ as he does currently with GladAfrica Championship Umoya‚ and if it has made him better understand some of the decisions club bosses make.

“Look‚ I think I go back to my days at Wits already in my mid-30s when I had to be a player-coach‚ and then I became a CEO at the same time for two years‚” De Sa told an online press conference of the SA Football Journalists Association.

“And I really got thrown in at the deep end‚ to learn about the nitty-gritties of a football club and how to run a club on very little money at the time.

“In my first month we couldn’t pay salaries because the grant from the league was late. And I remember driving around with George Mogotsi‚ the kit man at the time and now a director‚ out to a car dealership to sell the Mercedes for R50‚000.

“We brought back the cash. And then we picked the starting XI‚ and we put the salaries aside to pay those players‚ so that we could play Kaizer Chiefs that weekend. And we beat Chiefs.

“But then the coach-cum-CEO had no car. So I drove a little mini for the next six months.

“I think that year I got Coach of the Year‚ and the prize money was pretty good‚ and I was able to buy my own car instead of driving around in a club car.

Sports minister Nathi Mthethwa has issued a strong warning to the Premier Soccer League (PSL) and stated that he will not hesitate to stop the season ...
Sport
1 year ago

“But those are the hard times that you learn‚ and start going‚ ‘OK‚ this is not just me‚ it’s a whole club‚ a whole industry and everybody makes a living out of it’. Those days I already knew how tough it was to be in this industry.

“To be honest‚ it’s actually become easier. And credit to the PSL for what they’ve done with the TV rights‚ and grants and so on.

“ ... But there’s a fun side to it. When you see the youngsters who come through and make it.

“You almost feel like a school teacher‚ where you see a kid grow up and eventually graduating and getting a good job‚ and then you see him a few years later driving a nice car enjoying a good life. Those rewards are priceless.”

Academy-based Umoya‚ coached by Maahier Davids‚ brother of Orlando Pirates assistant-coach Fadlu‚ are in 11th place as the First Division gears for its return to play in the Gauteng bio-safe bubble.

In a shock move Kaizer Chiefs have suspended Bobby Motaung following a series of incriminating videos that went viral in the past week allegedly ...
Sport
1 year ago