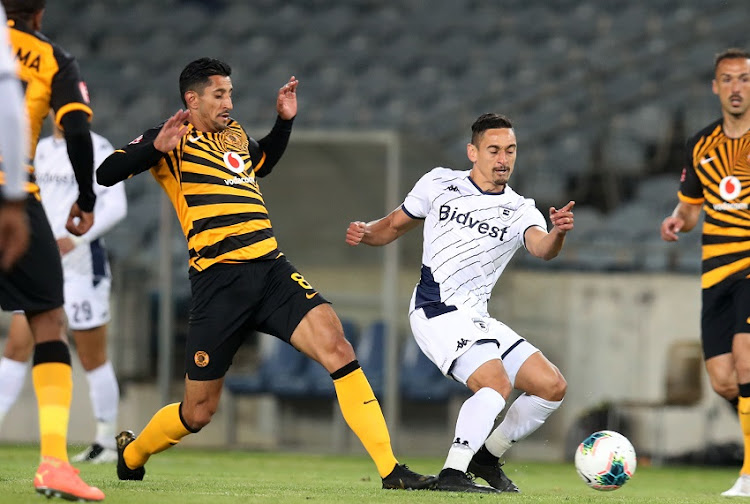 Kaizer Chiefs spurned the chance for a six-point lead at the top of the Absa Premiership, as they allowed Cole Alexander an 89th-minute equaliser for Bidvest Wits to salvage a 1-1 Absa Premiership draw at Orlando Stadium on Wednesday evening.

Samir Nurkovic headed Chiefs ahead in the 36th minute. The Serb then struck the crossbar near the end as Amakhosi appeared to have done enough in a surprisingly formidable performance after five months inactive to have earned a huge result in their title contest with second-placed Mamelodi Sundowns, who were held to 0-0 by Orlando Pirates on Tuesday.

Brighton Mhlongo will get a rare run-out for Bidvest Wits as they return to professional football with their Nedbank Cup semifinal against Mamelodi ...
Sport
1 year ago

But tenacious Wits clawed an equaliser through Alexander, and Amakhosi had to be content to maintain a four-point advantage over Downs, with the Pretoria defending champions having played a game less.

This might justifiably be called the first actual football game of the restart yet.

Whatever Chiefs did in their Zoom and pilates sessions at home, and return to training, it must have been good. They almost, though of course at a stretch, looked as if they had not left the field for five months - more than any other team so far since a resumption understandably marked for the most part by legs of concrete.

It might help them that - one might suggest with a touch of cheek - to some extent Ernst Middendorp’s soccer was Covid-19 football already. Aggressive with attrition, direct and efficient, and suited to circumstances like these, perhaps. And of course, there are those set pieces.

Faced with a near-polished Amakhosi, Wits lifted themselves to land punches the other way and scramble a share of the spoils.

In the opening 15 minutes Yagan Sasman’s cross from deep on the left found the run of Nurkovic to head powerfully and have Ricardo Goss stretching to tip over.

Chiefs took the lead and it was from one of those corners from that man Lebogang Manyama, to that striker Nurkovic, who got up to perfectly and nod past Goss.

Daniel Akpeyi almost made life difficult for Amakhosi parrying a dipping free-kick from Deon Hotto five minutes before the break, ending with Alexander shooting onto the head of Kgotso Moleko.

Middendorp braces for life without the Chiefs supporters in the stands: 'It is very painful'

Their loyal fans have been an essential ingredient of the recipe that has helped soak a succession of Kaizer Chiefs teams in a rich gravy of success ...
Sport
1 year ago

Wits’ recovery of their own steam made the start to the second half bear a resemblance even more of a real football game.

Leonardo Castro tiptoed down the left of Wits’ area and forced a stop from Goss, then was substituted by Dumisani Zuma. Manyama’s free-kick bounced and found Katsande free, who volleyed over.

With Wits tiring Chiefs seemed capable of winding down the clock for the final 20 minutes.

But soon after Nurkovic curled a strike onto the bar, Chiefs’ defence was caught ball-watching. Substitute wing Kgaogelo Sekgota made ground down the right and chipped across the area to find Alexander in the middle to sweep past Akpeyi.