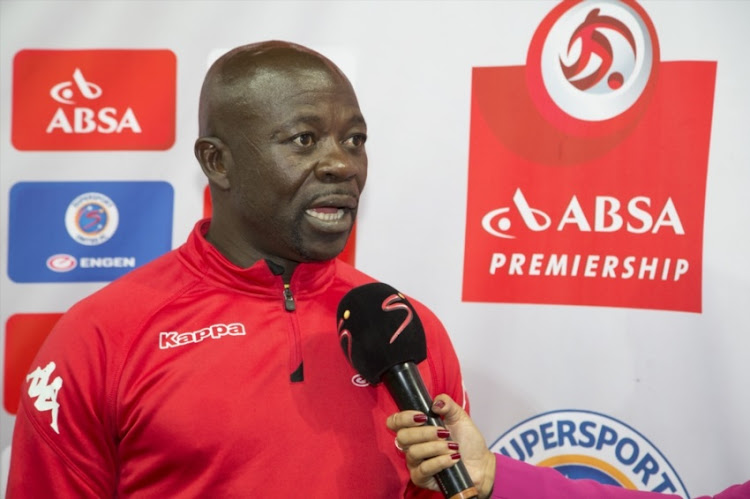 Kaitano Tembo SuperSport United caoch Kaitano Tembo and his team resumed their campaign with a draw against Bloemfonten Celtic at the weekend.
Image: Dirk Kotze/Gallo Images

SuperSport United coach Kaitano Tembo has welcomed the timely return of key defender Clayton Daniels ahead of their league match against struggling Polokwane City at Bidvest Stadium on Wednesday.

The 38-year-old Daniels was suspended when United played to a 1-1 draw with Bloemfontein Celtic on Sunday in their first match in the Biologically Safe Environment (BSE).

Tembo said the availability of Daniels will be a significant boost to their central defence as they will be looking for a clean sheet when they face second from the bottom City‚ .

“Clayton is coming back from suspension and this is good for the team as he is one of the most important members of our defence‚ and for the team in general‚” said an excited Tembo.

"It is good for us that he is coming back because Grant Kekana is suspended for this game against Polokwane.

"Clayton has always been a warrior for the team over the years and he is very important to us‚ especially when you consider that sometimes we play a lot of young players.

"He helps in terms of communication together with other senior players like Bradley Grobler and Ronwen Williams.

"So‚ he is very key for us and we are glad that he is back.”

Tembo also revealed that highly-rated central midfielder Jesse Donn will get his first start in the middle of the park because another youngster Jamie Webber is struggling with injury.

“I believe he is one of the young players with a great future ahead of him and this is an opportunity for him‚” he added.

“In midfield‚ we are a little bit thin at the moment because Jamie Webber is not 100 percent fit. But we will give Jesse an opportunity to start the game against Polokwane City.

"He just needs to play with a little bit of confidence and no fear. When he came on as a substitute against Celtic on Sunday‚ I thought he did very well even though he was a little bit scared.

"I want to start him so that so that he can grow because I don’t want to have a player in the team who is scared to play.

“I want to see how he is going to react if I give him that opportunity to start a match‚ but I believe he will grab this chance with both hands. He has been doing well during lockdown and he deserves his opportunity.”

The other player who is likely to be in the starting line-up is striker Thamsanqa Gabuza.

“With Gabuza we sometimes try to use him as an impact player because when you look at our bench we don’t really have a big squad.

"We need fresh legs from the bench and he will probably get an opportunity to start.”

Barcelona in talks with Koeman after sacking Setien: club source

Barcelona are negotiating a deal to appoint Netherlands coach Ronald Koeman as the successor to Quique Setien, a club source said on Tuesday, as the ...
Sport
7 months ago

After finishing as runners-up in the league for the past two seasons‚ Orlando Pirates appear to have gone backwards and do not seem to have the sting ...
Sport
7 months ago

Mosimane after Sundowns' loss to City preserved Chiefs' lead at the top: 'It looks like the league title is going'

Mamelodi Sundowns coach Pitso Mosimane will not throw in the towel until it is mathematically impossible for his side to defend their league title.
Sport
7 months ago
Next Article