Lehlohonolo Majoro and Bongi Ntuli's commitment to the AmaZulu cause recognised 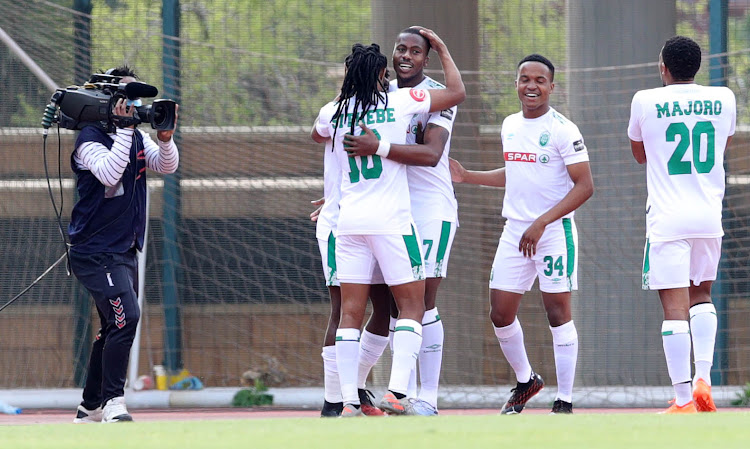 Lehlohonolo Majoro and Bongi Ntuli's commitment to the AmaZulu cause has not gone unnoticed and coach Ayanda Dlamini is grateful for their contribution.

The KwaZulu-Natal side remains three points from the bottom and will need the entire team to pull in the same direction if they are to escape relegation in the last two matches of the season.

AmaZulu are coming from a hard-fought 1-0 win against fellow strugglers Black Leopards at the weekend and Dlamini will need his players to produce more of the same when they face tricky Stellenbosch FC at Tuks Stadium on Wednesday evening.

They face Highlands Park in their final match of the season.

"We have taken a step in the right direction with the win against Black Leopards. It is certainly a confidence-booster for the boys heading into the last two games‚" he said.

"The performances we have been putting out have been very encouraging‚ it goes to show our intent and the positive fighting mentality of the players."

Dlamini paid tribute to Majoro and the club’s leading goal scorer‚ Ntuli‚ and applauded their contribution.

"They play extremely well together‚ the partnership they are starting to build has proved beneficial for us.

"Both players are keen on helping each other‚ and the team‚ going forward‚" he said.

"It is evident to see that they understand one another and that will prove the difference for us in the final third."

Former Kaizer Chiefs marksman Majoro‚ who has scored two goals since the season restarted last month‚ turned provider for his partner at the weekend and set up his partner for his 13th goal of the season.

AmaZulu now sit at 14th position on the log‚ two points ahead of Leopards and three ahead of basement side Polokwane City.

Amakhosi fans are disappointed with their team's 1-0 loss to Bidvest Wits on Sunday, but hope is not lost for the leaders of the Absa Premiership log.
Sport
1 year ago

'I know my job': Kerr hints at attempts to interfere with his work at Baroka FC

Baroka FC coach Dylan Kerr made startling comments after their win over Mamelodi Sundowns on Sunday and suggested that there are attempts within the ...
Sport
1 year ago

Premiership champions Mamelodi Sundowns and German sportswear company Puma gave fans a peek into the club's new colours for the coming campaign after ...
Sport
1 year ago