Junior Khanye: 'I am still a Kaizer Chiefs fan, from the bottom of my heart'​ 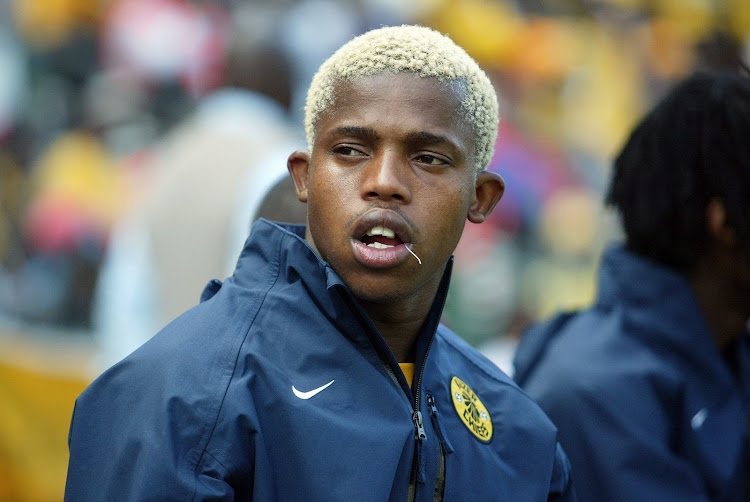 A file photo of Junior Khanye during his Kaizer Chiefs playing days before a Coca-Cola Cup match against Lamontville Golden Arrows in Durban in 2004.
Image: Gallo Images

Junior Khanye says he remains one of Kaizer Chiefs' most passionate fans and his stinging criticism of the Naturena side is motivated by the immense love he still has for his former employers.

Khanye has been one of Chiefs' fiercest critics in the last few months, especially of the hugely polarising coach Ernst Middendorp, and was vindicated a few days ago when the choking club failed to win a Premiership title race they had led for almost the entire campaign.

The former Chiefs midfielder said while he has remained vocal since the start of the season in August last year and maintained that Middendorp's charges would not win the title on their 50th anniversary under the much vilified German mentor, his heart still belongs to Kaizer Motaung's long-suffering charges.

"I am still a Kaizer Chiefs fan, from the bottom of my heart," he said.

"But when there's problem, I can't camouflage it. The structure is dead there [at Kaizer Chiefs], not the coach.

Khanye said his stinging criticism is largely misunderstood by some and the fans that have seen it in a negative light have viewed his views  as sour grapes when all he wanted to do was to share his love for the club.

"I know that some people were angry because I started saying this from last year in October [when Kaizer Chiefs were still top of the standings]," he said.

"I said it last year [in October] that these people [Chiefs] would not win the league."

Khanye said he never had faith in Middendorp after seeing the way he instructed his Chiefs players to play and knew that the bubble would soon burst.

"People thought that I was mad and I understood because the spectators did not see what I was seeing," he said.

"But I knew that the way this guy [Middendorp] was winning, you cannot play all your balls in the air.

"All the balls in the air  belong to all of us and we own it. There's no special players there [at Chiefs], there's no hunger. Talent only is not enough and that club is not AmaZulu.

"There is too much pressure there. You need players, big players, special players that have got big heart.

"Not anyone can play. You are born to play. So I had to speak the truth because let us face it, I am known through Kaizer Chiefs. Let us be honest, you know me because of Kaizer Chiefs.

"You know me because Kaizer Chiefs, that is why I feel the pain. I am open, I am not going to lie."

Soccer star gets R2,000 bail after 'assault at home' on woman

Orlando Pirates player Thembinkosi Lorch was on Monday released on R2,000 bail after allegedly assaulting a woman in Johannesburg.
News
1 year ago

Fresh from the heartbreak of narrowly missing out on the Premiership title on the final day at the weekend‚ Kaizer Chiefs’ anguish will continue as ...
Sport
1 year ago

Pitso Mosimane's place among the greats was never in doubt but in case there were still any skeptics in the room, he stepped things up a notch on ...
Sport
1 year ago