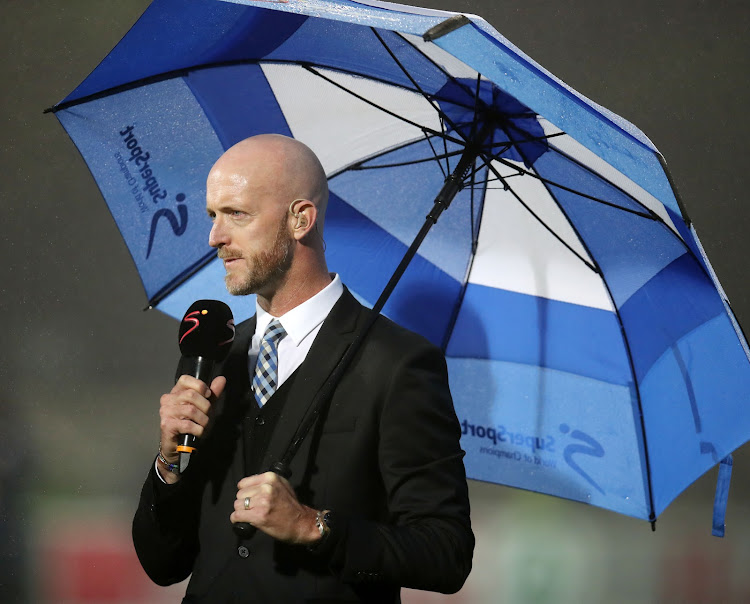 Former Bafana Bafana defender who now works as a pundit on SuperSportTV Matthew Booth says he is tired of chasing after people at the SA Football Association to give him information on coaching courses.
Image: Muzi Ntombela/BackpagePix

In 2000‚ coach Ephraim “Shakes” Mashaba took an U23 side‚ better known as Amaglug-glug‚ to the Sydney Summer Olympics in Australia in what was the first participation at the games by a South African football national team.

Though SA failed to get out of the group‚ they notably stunned a Brazil side that included Ronaldinho 3-1 in Brisbane just over 20 years through goals by Quinton Fortune‚ Siyabonga Nomvethe and Steve Lekoelea.

Some of the players at the tournament who went on to become global superstars include Gennaro Gattuso and Andrea Pirlo of Italy‚ Celestine Babayaro of Nigeria‚ Xavi and Carles Puyol of Spain‚ Samuel Eto'o of Cameroon and Hidetoshi Nakata of Japan.

TimesLIVE went back to the files to find out how Amaglug-glug lined-up against Brazil on that memorable day in Brisbane and what are those players up to now.

U23 stars Matthew Booth and Fabian McCarthy recounts the memorable match of 20 years ago in #Brisbane when #SouthAfrica stunned #Brazil with #Ronaldinho.

One of the few South Africans based overseas at that time with Lillestrøm in Norway. He was forced to retire in 2013 after a leg injury while at Bidvest Wits but he has since made a full recovery and looking for a coaching job.

He partnered Matthew Booth at central defence and they stood their ground against one of the best attacking units at the tournament. He does coaching clinics and he is a television pundit.

As captain of the team‚ he led from the front with Fabian McCarthy.

He enjoyed a successful career in South Africa and Russia and currently sits on the Disciplinary Committee of the PSL and Drug Free Sports South Africa‚ he is a member of the SA Football Legends and he is a television pundit.

Played at left-back where he was up against the speedy and tricky Brazilian wingers.

He retired having played for teams like Kaizer Chiefs and Mamelodi Sundowns and he recently had coaching stints with lower division sides Magic FC and Nova Nacional FC.

‘Mbazo’ was used either at central defence or right back by coach Shakes Mashaba and he was at Ajax Amsterdam in Holland at that time.

He had a long career that took him to Germany‚ Belgium and England. He runs his own football academy in the Vaal and he is a businessman.

Fortune had a reputation already because he was playing for Manchester United and he scored the opening goal with a thunderous free-kick.

He is currently the first team coach at Reading FC in England.

‘Wire’ did the thankless job in the heart of the midfield as a defensive midfield. After retirement‚ he went into coaching with the Bloemfontein Celtic juniors and he is assistant coach to John Maduka.

A key member of the attacking force of the team but his career was blighted by off the field problems.

He is an ambassador for SuperSport United‚ a television pundit and businessman.

Buckley went about his business quietly but effectively. He called it quits after a successful career in Germany and Switzerland and he currently runs a soccer school in KwaZulu-Natal.

One of coach Shakes Mashaba’s favourites‚ he was replaced early in the first half by Siyabonga Nomvethe.

He retired after a journeyman career that took him to Norway‚ USA and Sweden and he is involved in mining.

The most recognisable player in the team‚ McCarthy was based in Spain with Celta Vigo.

When he retired after a glorious career with Ajax Amsterdam‚ Celta Vigo‚ Porto‚ Blackburn‚ West Ham and Orlando Pirates‚ he went into coaching. He holds a Uefa Pro Coaching License and coached Cape Town City where he won the MTN8 trophy. As a player‚ he remains the only South African player to win the Uefa Champions League with Porto in 2004.

He scored the brilliant header that increased South Africa’s lead to 2-1 in the second half and at the age of 42 he played for Uthongathi in the GladAfrica Championship last season.

Having come on as a first half substitute‚ Siyabonga Nomvethe twisted his ankle in the closing stages and was replaced by Matsau.

Matsau is currently coaching Sporting FC in the SAB League in his hometown of Allanridge near Welkom.

‘Chippa’ put matters beyond doubt on the stroke of full time for what remains one of South Africa’s most memorable football moments.

He is involved in coaching at junior level at his hometown of Sebokeng and does ambassadorial work.

Shareholder Sinky Mnisi says he will only comment on his next move and official standpoint regarding the sale of Highlands Park to TS Galaxy once the ...
Sport
1 year ago

Kaizer Chiefs coach Gavin Hunt has been familiarising himself with his new surroundings at Naturena.
Sport
1 year ago

Pitso Mosimane has spoken out in detail about how the late Ted Dumitru inspired him to become a coach.
Sport
1 year ago