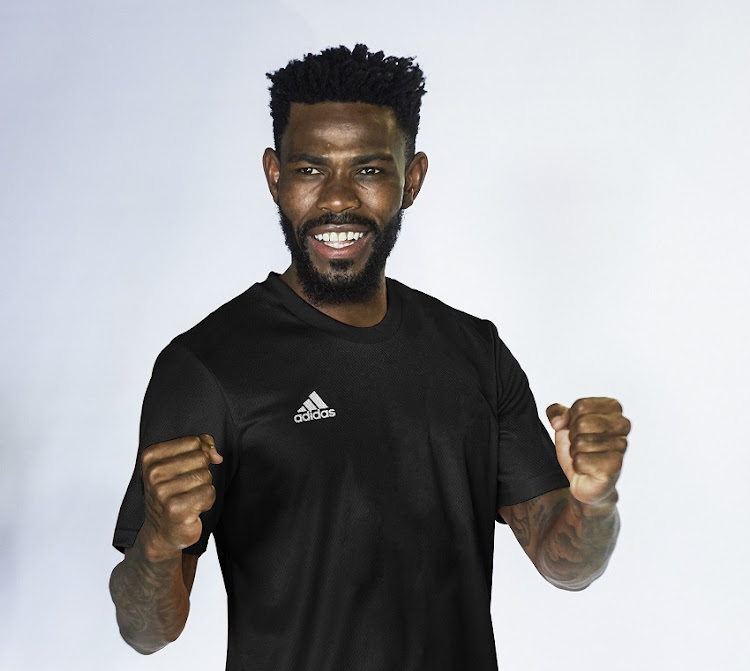 Thulani Hlatshwayo has “a personal bond” with jersey No.3 and has always won the number since he turned professional and making his debut for Ajax Cape Town as a teenager against Orlando Pirates in 2009.

The 30-year-old Bafana Bafana captain wore jersey number three during his five seasons with Ajax and did the same thing when he moved from Cape Town to Johannesburg to join Bidvest Wits in 2014.

But the stalwart of 310 Premiership matches now has a conundrum as the number has been on the back on Thembinkosi Lorch for several years now.

“The number 3 jersey has been with me for my entire career‚” Hlatshwayo cracked up in laughter when asked which number he will prefer to have at Pirates.

“I had the number 3 jersey at Ajax Cape Town where I had a successful spell there‚ then I moved up to Johannesburg to join Bidvest Wits.

“When I got to Wits‚ I was fortunate that the number 3 was also available and hence I took it over. I have become fond of that number‚ I have a personal bond with it.

“But now I come into a team where the number has an owner in Thembinkosi Lorch‚” said Hlatshwayo‚ adding that he will accept if Lorch is also fond of the jersey number.

“Whenever we were in camp with Bafana Bafana we used to joke about it that when I come (to Pirates) I will take the number from him‚ but having said that‚ we haven’t had the opportunity to talk about it since I’ve arrived. I will understand if he has a close connection with the number I will look for an alternative.”

The former Senaone Gunners star said he rates the Soweto derby among fierce derbies all over the world and admitted the thought of him playing in the match gives him goose bumps.

“Without a doubt‚ I consider the Soweto Derby‚ as one of the biggest matches in the world. I put it up there at the same level as some of the big matches in Europe and South America.

“I am looking forward to playing in my first Soweto Derby. This is a match for the fans and communities across South Africa.

“But at the same time this is only one match‚ our goal this season is to be consistent over a period of time because at the end of the day the winning team [league title] will be the one that was most consistent throughout the entire season.”