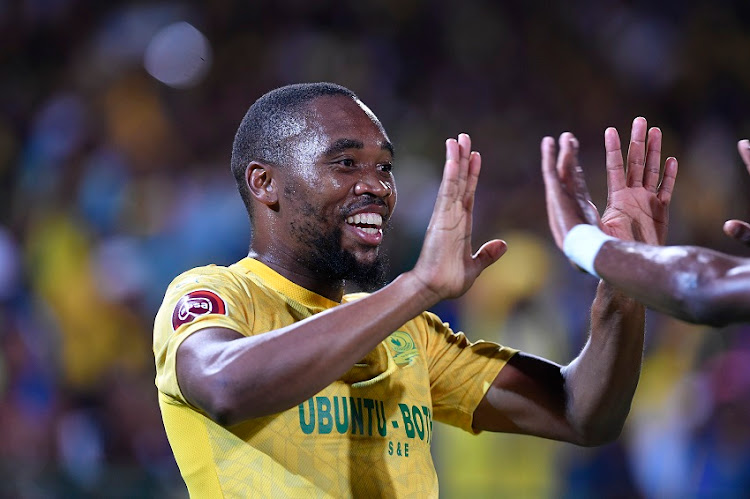 Sibusiso Vilakazi has scored 10 goals in all competitions this past season.
Image: Lefty Shivambu/Gallo Images

Vilakazi sustained a ligament tear in the 1-0 loss to Baroka FC closer to the end of the season in the bio-bubble when he was on the receiving end of a career-threatening tackle but he is recovering well.

Vilakazi was one of the key attacking players for coach Pitso Mosimane as they won the treble with 38 appearances‚ a good contribution of 10 goals‚ 12 assists in all competitions last season.

“A very bad injury happened and I just came on as a sub to try and help the team get a point or maximum points out of the game‚ unfortunately I couldn’t carry on‚” said Vilakazi.

“It happened at a bad time because we were trying to chase the title and when it happened I knew I wouldn’t play a part in helping the team but I had trust in the boys that they would continue to fight and win the title back to back‚” he added.

The injury meant that Vilakazi was ruled out of the last two matches when Sundowns comfortably won against Polokwane City and Black Leopards to beat Kaizer Chiefs to the finishing line in the championship race.

“It was really tough but all I could do was to be the best teammate for the guys at that moment. Even being a water boy was ok to me so I can just be on that field and scream for the boys.

“I thank God it was a success‚ each day passes by with progress.

I know that I have to trust the process of healing and rehab. And definitely‚ I am coming back to win this again the title back to back again‚” Vilakazi concluded.

Irvin Khoza on DStv sponsorship: ‘There will still be PSL coverage on free-to-air’

In many countries‚ the award of Footballer of the Season by the football journalists association is much sought-after and prestigious.
Sport
1 year ago