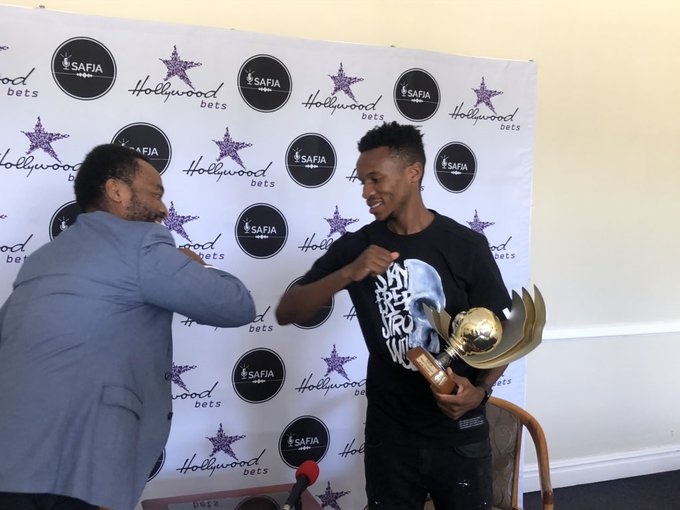 Mamelodi Sundowns midfielder Themba Zwane is the winner of the inaugural Safja Men’s Footballer of the Season.
Image: Safja/Twitter

The Thembisa-born Bafana Bafana midfielder‚ who had yet another of his best seasons having scored 11 league goals with eight assists as Sundowns pipped Kaizer Chiefs to the Premiership title on the final day‚ was the outright winner ahead of his captain Kekana during a ceremony held in Johannesburg on Tuesday.

The award of Footballer of the Season is voted for by journalis and held with high regard in world of football. Safja hopes that the gong can become to be highly recognized in South Africa.

Zwane received a trophy‚ a photo collage of their 2019-20 season and media training for an amateur club of their choice.