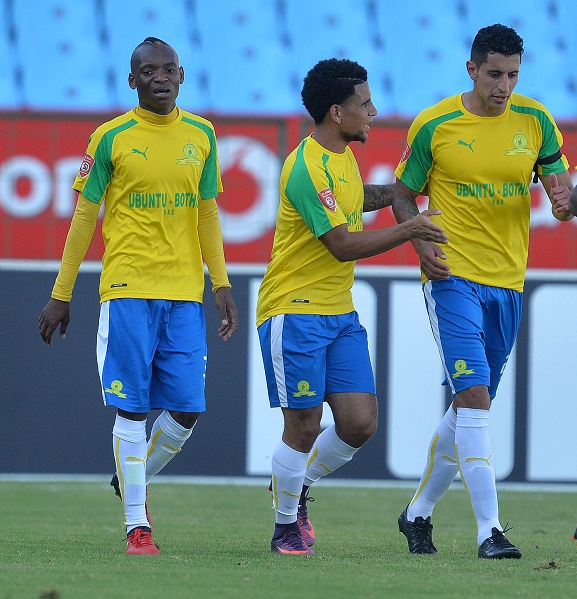 Throughout his almost eight years of his time at Mamelodi Sundowns‚ former coach Pitso Mosimane signed some of the best players seen in the Premier Soccer League who sparkled for the Brazilians‚ proving his eye for spotting talent.

Here TimesLIVE looks at some of the best players who Mosimane recruited for Sundowns wining five league titles and the 2016 Caf Champions League in his seven years for the club before leaving this week to join Egyptian giants Al Ahly.

Mosimane signed Zungu from University of Pretoria in 2013 and the big‚ skilful midfielder quickly established himself as one of the key players for the team.

Zungu helped Sundowns in their 2016 Caf Champions League campaign but he did not get a winners medal as he joined Vitória Guimarães in Portugal a few months before the final. He is currently on the books of Amiens SC in France.

Mosimane recalled Dolly to Sundowns from Ajax Cape Town in 2014 and the wide midfielder proved his worth with eye-catching performances‚ including winning the Champions League.

His performances caught the eye of French Ligue 1 side Montpellier‚ who signed him in 2017 after what is one of the most controversial transfer sagas in Premier Soccer League (PSL) history.

Mosimane signed Billiat from Ajax Cape Town in 2013 and the Zimbabwean international flourished‚ was key in Sundowns winning the Champions League‚ and was part of the devastating “CBD” attacking trio with Keagan Dolly and Leonardo Castro. He has since joined bitter rivals Kaizer Chiefs.

The reliable Brazilian centreback is one of a long list of South Americans who have played for Sundowns over the years.

He arrived at Chloorkop in 2016 and immediately established himself as a vital cog in central defence‚ and he is also useful with spot-kicks where he hardly misses. He has won three league titles.

Mosimane signed ‘Vila’ from Bidvest Wits and he has turned him into a complete attacker who can operate at various roles upfront in the system where Downs normally play without an outright No.9. Vilakazi has won three league titles.

One of the conductors of Sundowns’ attacking orchestra together with Themba Zwane and Sibusiso Vilakazi in the past season’s treble success. The Uruguayan is a highly skilful player who gets Downs going whenever he is in the mood. He has won the hearts of the club faithful and three league titles.

An often chaotic character‚ Jali has had a complicated relationship with Mosimane because of his often unprofessional behaviour off the field. But there is no doubt that he is a top class player when he is in good mental and physical state.

One of the unsung heroes in the team and a member of the leadership group‚ Ngcongca has gone about his business with no fuss and frills since he joined from Genk in Belgium in 2016. He has proved to be a useful‚ more defensive option when needed at right-back for the more attacking Thapelo Morena.

Arrived at Chloorkop in 2016 from Bloemfontein Celtic and he has pretty much made the right-back position his own. Earlier this year he suffered a career-threatening ankle fracture injury but he has since recovered.

He came on as a late substitute in the Nedbank Cup final win over Bloemfontein Celtic last month.

He was part of that devastating CBD attacking trio with Dolly and Billiat that destroyed teams on their way to the Caf Champions League win. Just like Billiat‚ he has since joined Kaizer Chiefs.