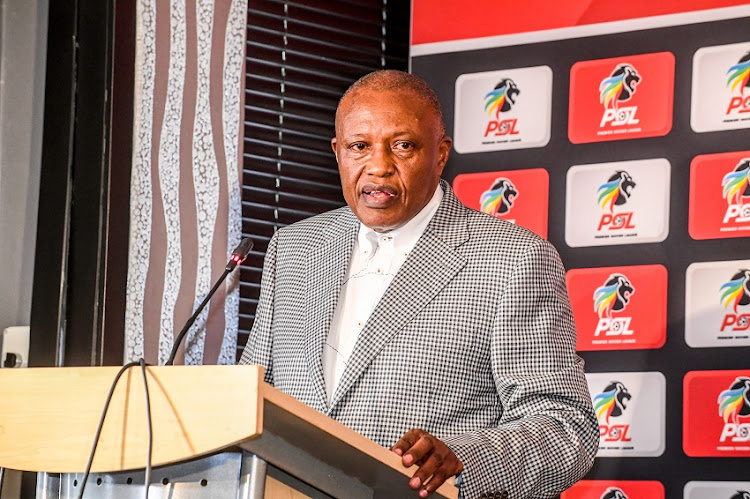 Premier Soccer League (PSL) chairman Irvin Khoza insists there is no prejudice to the SA Broadcasting Corporation (SABC) and its right to televise top-flight league matches that will result from DStv’s sponsorship of the Premiership.

DStv was announced as the new Premiership sponsor, replacing Absa, last week. The SABC has reportedly sought legal advice on their rights in response to the announcement.

DStv’s SuperSport sports channels have the lucrative broadcast rights deal to televise PSL matches, and sublicense a portion of those for free-to-air viewing on the SABC.

Khoza was asked if the PSL will engage the SABC on their concerns over the DStv sponsorship.

“Let’s make a differentiation here – what has happened with the DStv Premiership [sponsorship] has got nothing to do with broadcasting rights,” Khoza responded.

“The broadcasting rights are separate, by a contract that is existing and where SABC is participating in that contract.

“This is just a sponsorship. It’s a platform that when you buy a space on a billboard, you want to promote your product.

“Anyone could have done it. Even SABC could have taken that spot if they wanted to. Nobody was stopping them.

“But it’s very important because there’s a clutter and a confusion about it to say it’s going to affect other rights of the SABC.

“As I speak to you now personnel at the SABC and SuperSport have already spoken, they are in a discussion, and there is a positive spirit that is emerging out of that.

“And the SABC have got a new person in charge of sport, who I have scheduled a meeting with to discuss the other issues that are outstanding between the SABC and PSL, to make sure that we level the playing ground before the season starts.

“So there are no constraints between the SABC and PSL, and the SABC and SuperSport. Is is only that people misunderstood what it meant, these rights to SuperSport [DStv].

“By the way, SuperSport [DStv] became a sponsor because sponsors don’t in fact deal with a lot of things that people perceive them to be dealing with. They form a very small fraction of the Premiership Division.

“And the total expenditure of the clubs is covered mostly by broadcast rights.”

Absa sponsored the Premiership from 2007 to 2013. DStv have signed a five-year contract as the new sponsors of the PSL’s headline competition.