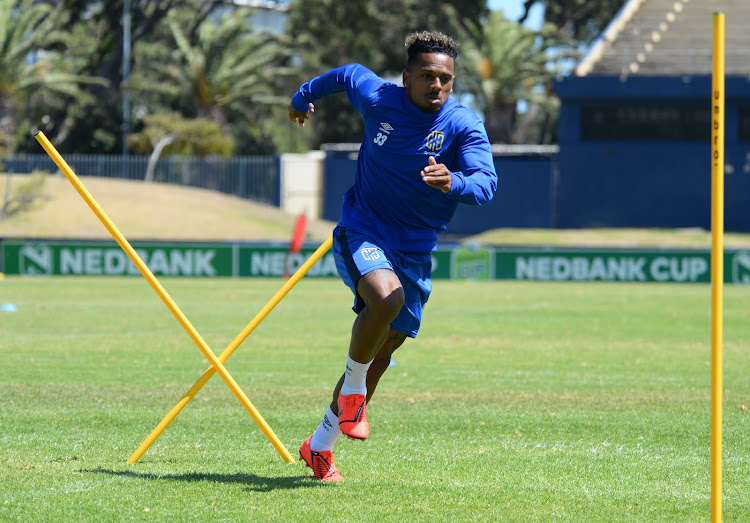 Kermit Erasmus is on the move.
Image: Grant Pitcher/Gallo Images

City announced on Sunday morning that they had reached an agreement with the Pretoria side and the well-travelled Bafana Bafana star would pack his bags and head to the nation's capital.

Sundowns may have lost larger-than-life super coach Pitso Mosimane to continental rivals Al Ahly but the Brazilians have already signalled that they will not give up their stranglehold on South African football very easily.

Erasmus was recently named in the Bafana squad that is to play two international friendly matches against Namibia and Zambia as preparation for the resumption of their Africa Cup of Nations qualifying campaign in November.

Erasmus is a top acquisition for the champions and his career has taken him to Dutch side Feyenoord, French clubs Rennes and Lens, OrlandoPirates and Supersport United among others.

Bafana Bafana coach Molefi Ntseki named an adventurous squad‚ bringing in some untested unknowns and testing some fringe players who have perhaps ...
Sport
1 year ago