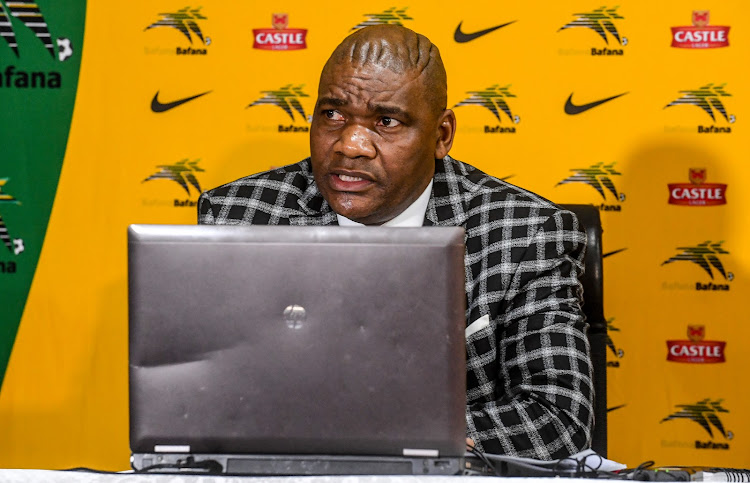 Erasmus and Jali - named in Ntseki's squad for the friendlies against Namibia on Thursday and Zambia on Sunday‚ both at Royal Bafokeng Stadium - are two of the players with amongst the most natural ability in the current generation of South African footballers.

Their wayward temperaments have seen them earn less caps than could have been expected from more conservative Bafana coaches‚ such as Ntseki's predecessor Stuart Baxter.

Nsteki‚ though‚ said Bafana needs Jali's "courage" and "confidence"‚ and described Erasmus as a "special player".

"Andile Jali is one of the senior players who has been out of the team for some time‚" Ntseki said of the Sundowns star.

"So we felt let's bring in Andile Jali in these friendlies and see how best we can get the best out of each other going forward."

Ntseki has a relationship with Erasmus that goes back to when the newly signed Mamelodi Sundowns player was a star of the SA Under-20s who reached the last-16‚ losing there against eventual victors Ghana‚ of the 2009 Fifa Under-20 World Cup in Egypt.

Erasmus scored three goals there‚ and Ntseki was the assistant to head coach Serame Letsoaka.

"Kermit Erasmus - a special player for me because of his ability to score goals. And he's somebody who in the national team can score goals for us‚" Ntseki said.

"It's a pressure that we are putting on him‚ but I know that he can carry that pressure."

This month's friendlies are preparation for next month's crucial 2021 Africa Cup of Nations home and away qualifiers against Sao Tome and Principe.

A new lease on life for the once-mighty Usuthu

"I know of no country that has a professional club in its league that is named after a club in another country," remarked a grey-bearded colleague as ...
Sport
1 year ago

The 100% acquisition of AmaZulu FC by business brain Sandile Zungu completed a whirlwind week for SA football.
Sport
1 year ago