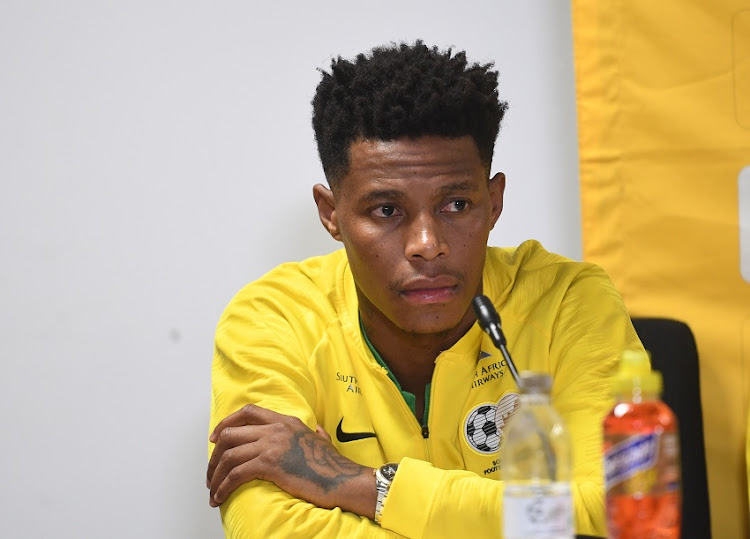 Fans have reacted to Bongani Zungu's move to Scottish giants Glasgow Rangers, sharing their two cents on how they think his time in the land of kilts and bagpipes will go.

Rangers confirmed the signing in a statement this week, adding that the former Mamelodi Sundowns star had been on their radar for several months.

Taking to Twitter, Zungu said he was “truly honoured, humbled and blessed” to join the club.

“I am looking forward to help the team on the pitch,” he said.

Manager Steven Gerrard said the Bafana Bafana star would add further strength and depth to the squad, suggesting he may be a regular in the starting line up.

“We made it clear we wanted a player who will enhance our squad and starting XI. We believe Bongani does this‚” he said.

Many football fans and commentators agreed that Zungu has enough quality to be a regular in the team, while others were more cautiously optimistic and suggested he could start matches from the bench.

Of course there were those who were so excited about the signing that they flooded the Ranger's Twitter account's mentions to jokingly demand he be made captain and even have a street named after him.

Here are some of the best reactions:

He'll thrive under the pressure

🇿🇦 Bongani Zungu joining Rangers is massive for so many reasons.

He’ll work under one of his childhood heroes with manager Steven Gerrard.

I have no doubt he’ll thrive under the pressure of representing a club of their stature. A challenge he craved. pic.twitter.com/3nA0I5DcJX

A legend in the making?

Rangers have a good history of South Africans.
Johnny Hubbard, Don Kitchenbrand, more recently Dean Furman.
Bongani Zungu is the latest, and hopefully will be the most successful of the lot! (Will need to go some way to better Mr Hubbard's Rangers career 😉)@ShakesRampedi pic.twitter.com/s43uXFGZku

We need starters not bench warmers. For me the lad Zungu is just another squad player. He won’t starts ahead of Jack, Kamara or Davis. It’s another summer we have signed squad depth but nobody who really improves the starting 11. Very disappointing.

He'll need to fight for his spot

He'll do well to find a starting place in our midfield, we play 3 central midfielders and already have 5 class players in that position. Tough competition for places, love to see it. Good luck Zungu 💪

Show us bongani zungu pictures. We want to update our wallpapers.

We want him to be captain already!

Why is he not captain already vele? They better do the right thing. pic.twitter.com/TuBXkUGGVp

We want to hear the national anthem every time he plays

A street named in his honour would be nice

We have arrived Bahlali...
Admin Zungu is our boy , simkhulise kanzima
1.We demand jersey 10
2. He is allergic to bench
3. We demand a street named after him.
Siyabonga. pic.twitter.com/lIxv9XBiMR

Amiens SC have agreed a deal to sell Bafana Bafana star Bongani Zungu to Glasgow Rangers‚ reports in France and Scotland have said.
Sport
2 years ago

Bongani Zungu’s Amiens SC felt hard done by when the Ligue1 season was cancelled as they believed they had fixtures they could have won in the run-in ...
Sport
2 years ago