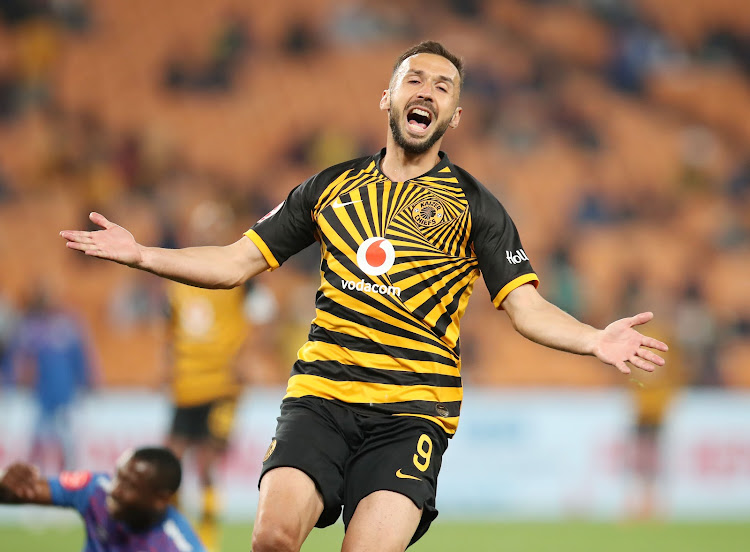 Samir Nurković has impressed in the matches he has played for Kaizer Chiefs, and the club is not letting go of the player.
Image: Muzi Ntombela/BackpagePix

Football fans breathed a sigh of relief on Tuesday when Kaizer Chiefs shut down suggestions that striker Samir Nurković was leaving the club.

According to a news report by Alkhaleej Today, Mosimane's new club initiated an approach to sign Nurković.

However, Amakhosi disputed the claims, saying they have not received any offers and are not willing to let go of their top striker, even if there is interest.

“No club has approached us to negotiate for his services,” said the club.

“We can't let go of our top striker at this stage and we are not flexible in the market while waiting for the CAS (Court of Arbitration for Sport) outcome.”

Amakhosi said it “would not be surprised if there is interest for him”.

TimesLIVE reported that Amakhosi is appealing a ban issued by Fifa at the Court of Arbitration for Sport (CAS) after they were found guilty of signing midfielder Andriamirado “Dax” Andrianarimanana in 2018 when he already had a contract with Fosa Juniors in his home country, Madagascar.

Fifa imposed the ban on the club in February, and it is unable to sign any new players in the next two transfer windows.

Taking to social media, fans breathed a sigh of relief and many thanked the team for doing their best to hold onto Nurković.

Only a team that doesn't take their sponsors and fans seriously can sell their best player knowing very well that they won't be able to replace due to a ban. Samir Nurkovic will have to wait for another season if he wants to leave.

Samir Nurkovic is not going anywhere...!

We cannot afford to lose Samir Nurkovic. He's the only baller we have left in that team @KaizerChiefs must match whatever offers come through.

If Kaizer Chiefs could come as close as they did to a league title in 2019-20‚ they will definitely challenge for the 2020-21 DStv Premiership under ...
Sport
1 year ago