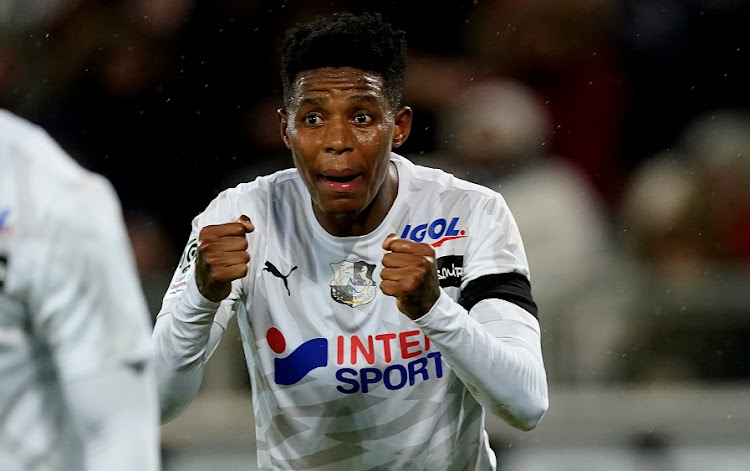 The football Twitter streets were a mess on Thursday over a debate on whether Bongani Zungu or Benni McCarthy had the better career in Europe.

Zungu has been playing in Europe for several seasons, after leaving Mamelodi Sundowns in 2016, and this week joined Scottish giants Rangers.

Rangers confirmed the signing in a statement, adding that the star had been on their radar for several months.

Taking to Twitter, Zungu said he was “truly honoured, humbled and blessed” to join the club.

“I am looking forward to help the team on the pitch,” he said.

While many applauded the move and predicted big things from the Bafana Bafana star, one fan went a step further and suggested that he may already have a bigger career in Europe than McCarthy.

McCarthy won the Uefa Champions League with Porto in 2004, scoring two goals in a match against English giants Manchester United. That same season he finished top scorer in the Portuguese league.

The fan suggested that Zungu has been more consistent in Europe, while McCarthy had only two good seasons in Europe and was “overrated”.

If we are being honest, Bongani Zungu had a better career than Benni McCarthy in Europe. We are not ready for that conversation.

Had Benny never won the championship League. We wouldn’t even be talking about him. Zungu is in the conversation without a champion League trophy, that should tell you how good he is. But like i said, we not ready for that conversation. Benny is overrated because of one Cup 🙄🙄

His comments sparked huge reaction online, with many calling them “embarrassing” and “ignorant”.

You forgot to mention that he finished second best EPL top goal scorer behind Drogba in the 2006/07 season....scoring more than Rooney,Ronaldo etc

You are young my boy. Please do not disrespect Benni Mccarthy. pic.twitter.com/ZO1Gj1eCU6

Zungu doesn’t even come close to Steven Pienaar. Steven Pienaar never won champions league but he is better player. Played in Europe for long time. He played in the best league for great clubs. Zungu a great player but you can’t compare him to Benny never.

Zungu is great but to compare him to Benni is insane. I’m not sure when you started watching football but I feel like you need a history lesson you can start by putting on this track as you make your way through some YouTube videos of South Africa’s top goal scorer pic.twitter.com/P8ArcHusCb

Zungu still waiting to do something big abroad. Maybe he will get there one day and I want to see him up there. But for now he's not in Benni level yet. That's the conversation so far

Still looking for a "Bongani Zungu" on the list of African players who won the UEFA champions League pic.twitter.com/oTY9LIS2Pq

Mzansi wants Rangers to play the national anthem when Zungu starts and make him captain of the team.
Sport
1 year ago

Glasgow Rangers have shown an interest in making Bafana Bafana midfielder Bongani Zungu a target, a report in France has said.
Sport
1 year ago