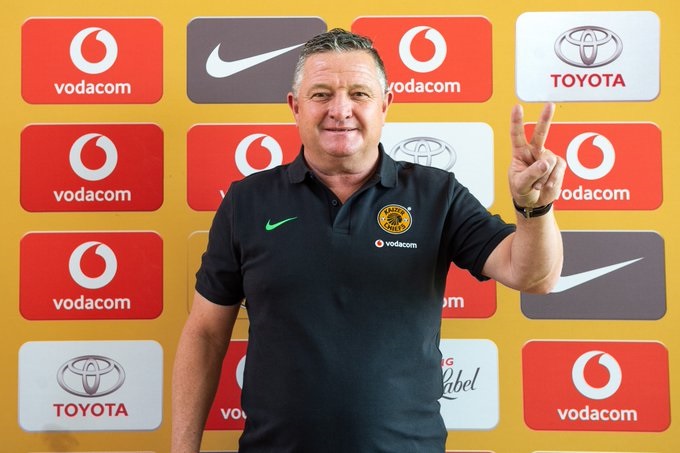 After all the excitement and festivities of his announcement as new head coach of Kaizer Chiefs, the hard work starts now for Gavin Hunt ahead of his first match in charge this weekend.

Kaizer Chiefs take on Maritzburg United on Sunday, in the MTN8 quarterfinal, where Hunt will be without star striker Samir Nurković who is injured.

He will be hoping that Khama Billiat will step up and make a real impact.

“I’ve got huge expectations. I know him from Zimbabwe to Ajax [Cape Town]. Yes‚ he’s older‚ but he should be a little bit more experienced now‚ he’s a bit wiser. I think the most important thing I’ve got to do, or we have got to do, is start to get him playing to his strengths.

“Where we can get the best out of him. And that’s all I’m going to try to do. Whatever he needs. Support‚ extra work. If he’s willing‚ and I think he is willing‚ I think he’s got huge potential still,” Hunt said in a pre-match press conference on Thursday.

Hunt said Chiefs had “been knocked off a bit” and need to get back to challenging for the DStv Premiership title.

“That might take a bit of adjusting and some time. Chiefs were so close last year. You can’t say they gave it away — it certainly was a real fight to the end.”

Amakhosi fans are still licking their wounds at being beaten to the title by Mamelodi Sundowns on the last day of the previous season, and took to social media to share their thoughts on the campaign ahead.

Many weighed in on whether Hunt was the right man for the job and gave their suggestions on who should be in his starting line-up.

Khune should start, we need to win this first game with Gavin Hunt being the Kaizer Chiefs Coach pic.twitter.com/nAMsy3egld

I don't know who needs to hear this but Gavin Hunt will loose his first game as Kaizer Chiefs coach against Maritzburg...

We will beat Maritzburg United this weekend! I believe in Gavin Hunt! #Khosi4Life

@KaizerChiefs I believe that we will win on Sunday because Gavin Hunt has a great record against Maritzburg. Yes cup games are difficult to predict but the squad he has to his disposal can do the job on the day. #Amakhosi4Life

Gavin Hunt on the touchline when Chiefs win their 5th match in a row... pic.twitter.com/wVnqr4uwYQ

Chiefs will dominate & win the league next season because Gavin Hunt alone is a better coach than all the three Sundowns coaches combined .

Khompela only won the Black label cup at Chiefs.

New Kaizer Chiefs coach Gavin Hunt has said he wants to get playmaking star Khama Billiat “playing in the right areas” to get the under-performing ...
Sport
1 year ago