TTM to line up with 14 players in squad against SuperSport 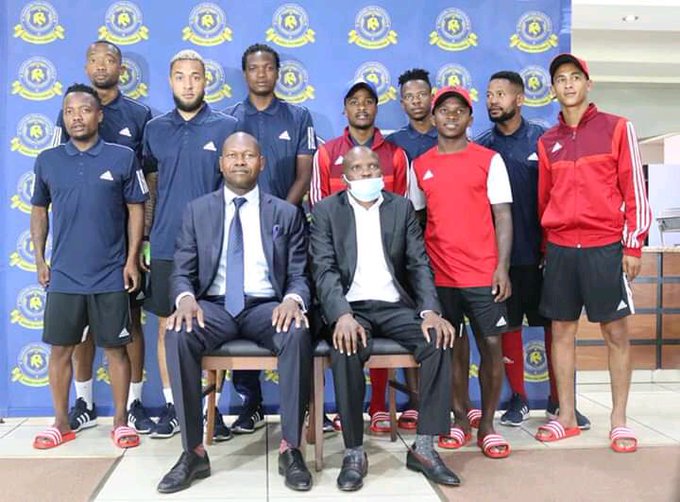 Tshakhuma Tsha Madzivhandila (TTM) will play their MTN8 quarterfinal fixture against SuperSport United at Thohoyandou Stadium on Saturday with a 14-man match-day squad as they have not been able to register enough players.

Professional teams name 18 players in their match-day squads, which include 11 in the starting line-up and seven on the bench, but TTM will only have three on the bench.

However, they will not be in breach of any Fifa ruling, as the global body’s regulations stipulate that a professional team can start a match with no fewer than seven players including a goalkeeper.

“For today’s game against SuperSport United, we will have 14 players, which is 11 in the starting line-up and three on the bench,” said TTM CEO Sello Chokoe.

“I know people are going to criticise us but we started this team with only Brighton Mhlongo and Lehlohonolo Nonyane and we have worked very hard behind the scenes to be where we are at the moment.

Chokoe said they find themselves in this undesirable situation because their international players have not arrived in the country due to Covid-19 delays and the fact that they don’t have an MDC reserve team.

“Like any other team, we are having international players like [Venezuelan] Gustavo Paez and [Kenyan] Brian Onyango who have not yet arrived in the country for various reasons,” Chokoe said.

“Paez has been travelling for about seven days and he was supposed to land in the country tomorrow but he is still stuck in Brazil because they want certain documents and today is a weekend.

“We also signed Onyango, who was recently on national duty, but he stayed longer at home to make arrangements for his family to join him in SA. We could not do certain processes without him being in SA physically.

TTM bought the Premier Division franchise of Bidvest Wits, and the Limpopo club’s GladAfrica Championship (First Division) franchise was sold to a new team, Sekhukhune United. This has resulted in a number of contractual complications to be resolved on which players will play where.

“There is also the issue of players related to Sekhukhune United,” Chokoe said.

“Where we are standing is that there is uncertainty as to who must clear those players to play for TTM, which was recently Bidvest Wits.

“We could not take a risk of registering those players without the league giving us clarity of whether Sekhukhune has released them. Players involved there are about five.

“There are a lot of things that contributed to this situation, like for example there are other players who have been training with us but they have not convinced us to register them yet as we are still assessing them and we don’t want to sign players on desperation.

“The other issue is of MDC players. MDC players that were with Wits are mostly students and they could not relocate to be with us in Limpopo.

“If we had an MDC team already, we were going to pick four to five players for this game.”

Tshakhuma Tsha Madzivhandila FC (TTM) are expected to announce Joel Masutha as head coach and a few marquee players in the form of Justin Shonga‚ ...
Sport
1 year ago