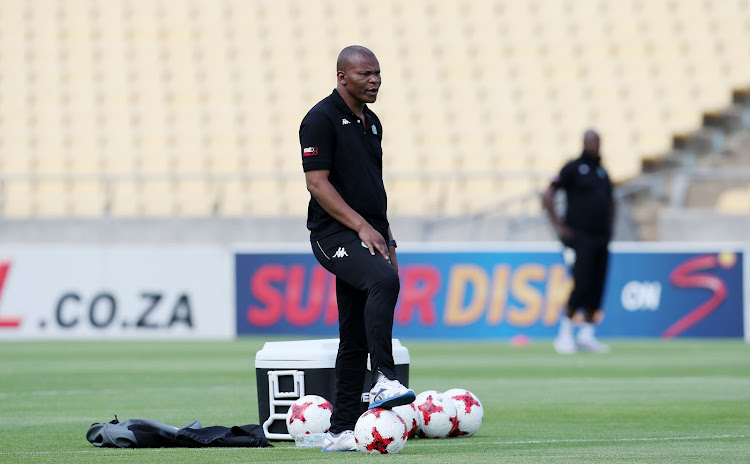 Local football returned to action this weekend and Bloemfontein Celtic coach John Maduka has bemoaned the little time they had off the pitch before the start of a new campaign.

Celtic faced Mamelodi Sundowns in the final of the Nedbank Cup on September 12 and have had very little time to catch their breath as they return to the field to tackle the same opposition in the quarterfinals of the MTN8 at Lucas Moripe Stadium in Atteridgeville on Sunday.

“I don’t think there is any advantage by starting the season so soon after ending the previous one‚” said Maduka.

“Remember when you are preparing for the season‚ you have to go for pre-season programme. In the bubble we had so many games where we played every three days and it was not easy.

"We are trying to manage the players well because this is an unusual season‚ this has never happened before.

“In the past we have always gone through a proper pre-season programme‚ but this time is a different story. We have to focus more on the mental strength of the players and make sure that there are more combinations and understanding in the team.

"We must sharpen the areas where we struggled but so far so good. We are looking forward to the competition. It has been a while since we won something and this is our opportunity. We can only win this competition if we go past Sundowns.

"We are going all out to give our best and ensure that we try and win the game.”

Maduka lavished praise on highly promising 23-year-old defender Sifiso Ngobeni after he sparkled at left-back in his first season in the Premiership in the previous campaign.

“He has been doing well‚ he is a good boy‚ a humble child and comes from a good family. It is true that sometimes with the young ones you have to make sure you warn them about a lot of things that happen [in life]‚ like money and fame.

"We make sure that we try and educate‚ warn them about things that can destroy them. We also encourage them to remain humble and also make them understand that the more you do well‚ the more it becomes difficult.

"On the field of play‚ it is not going to be easy because each and every team that we play against is going to prepare against them to make sure they don’t play their game.

"It is time he works even harder to make sure that he remains on top of things‚ and continues to improve.”